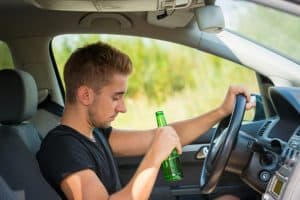 It may not come as much surprise when I tell you this story comes out of Florida. Recently, authorities received a 911 call reporting a drunk driver on the road. Unfortunately, and as we know, this scenario is all too common across the country. The plot twist? The man was reporting himself. While he was driving. Drunk. I’m not even sure what to make of this one. At least he realized what he was doing? Nah. Still unacceptable.

This past New Year’s Eve, Michael Lester of Winter Haven, Florida apparently celebrated a bit too much and got behind the wheel. At some point during his journey, he called 911 to report himself for drunk driving. According to reports, Lester was driving on the wrong side of the road and was self-admittedly “too drunk.” While having this conversation with what I can only assume was a startled and confused dispatcher, Lester also reported that he didn’t know where he was and was also “trying to get pulled over, actually.”

As the dispatcher kept the man on the phone, authorities asked him to pull to the side of the road and park his vehicle. Well, he got it half right. He stopped in the middle of the road and put the car in park. The police arrived, and he was arrested without incident or injury to him or anyone else.

Luckily, this story had a happy ending and nobody got hurt. So the officers felt free to mock him mercilessly on Facebook, with hashtags like #DontDUI, #Hello911ImHammered, and #Best911CallWeveHeardInAWhile. Oh, and this one: #HeMethedUpBad. Did I forget to mention that he confessed to, in addition to drinking a bunch of beer, taking some methamphetamine? The police also stated, “In this particular incident, nobody was hurt, so we couldn’t help but LOTO (that means we Laughed Our Tasers Off).” Zing!

No matter what this gentleman might have been thinking, I can safely tell you that you’re not going to get any leniency or reduced charges if you turn yourself in while you’re driving under the influence. In fact, you may also be looking at a traffic ticket for using your cell phone while driving (although I’m pretty sure that might be the least of your problems, considering all that alleged alcohol and meth).

In all seriousness, DUI and DWI charges come with severe consequences, including fines, jail time, loss of license, and community service. A drunk driving conviction can affect you for a long time, hiking your insurance premiums or requiring you to install an ignition interlock device.