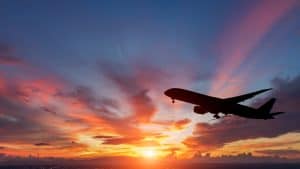 Let’s start here: you can’t touch people without their consent. Period. It’s illegal. I know this, because I’ve worked with a lot of people who have been accused of doing just that. (I’ll address this in a bit, I promise.) But I want you to know that I know you’re not allowed to touch someone sexually without his or her consent.

You’re certainly not allowed to touch someone who’s asleep on a plane next to you.

A 22 year old woman on a Spirit Airlines flight to Detroit, woke up suddenly during the flight to discover a man was sexually assaulting her while asleep.

The woman was seated in the window seat next to the man, Prabhu Ramamoorthy. To her utter dismay, she awoke to find her shirt and pants unbuttoned and the man attempting to digitally penetrate her. The man stopped when she awoke. She then immediately notified the flight attendant of what happened.

Local authorities took the man into custody in Detroit. Initially, in a written statement, he claimed to be in a “deep sleep” and unsure of where his hand had gone after she fell asleep on his knees. A law enforcement official said that in an interview with Ramamoorthy, he admitted he “might have” unfastened the woman’s bra and touched her breasts.

Following the flight, Ramamoorthy was apprehended and charged with aggravated sexual abuse.

Former FBI special agent at Seattle-Tacoma International Airport, Mike Adams, discussing another case of a woman who suffered a sexual assault on a Seattle to Amsterdam flight in 2016, said that this is a real problem on late evening and red-eye flights. During these flights, the cabin lights are dimmed, which leads some people to think that they’ll get away with it.

“There are so many women out there, being touched in their crotch, touched on their breasts, and no one is reporting on it,” Adams said.

Customers aren’t the only ones reporting the issue, either. In a recent survey, the Association of Flight Attendants asked its members various questions on the subject of sexual assault on flights. Of the 2000 flight attendants who responded to the survey, 20 percent said they had dealt with sexual assault complaints from passengers on flights.

Another disheartening result from the survey indicated that less than half of the time law enforcement was contacted after a sexual assault complaint.

Most cases of sexual assault aren’t this cut-and-dry

Here’s the thing – the victim in the story about Spirit Airlines was definitely assaulted. What’s happening to men and women on late night flights? That’s a real problem. But not every accusation of sexual assault or unlawful sexual conduct is as black and white as these are.

That why if you’re facing a charge of sexual assault or rape, it is absolutely vital for you to call an experienced criminal lawyer ASAP. Don’t even think about trying to explain things to the police before you call my office – Drew Cochran, Attorney at Law – at 410.777.8103. I will put my two decades of criminal defense experience to work for you to fight for your rights and your freedom. I understand what you’re facing and I know what it takes to build a successful case on your behalf. Give me a call or if it’s more convenient, simply complete my contact form to set up an appointment.