I’d Like a Soda, Please. You Guys Take Cash, Credit or Weed? 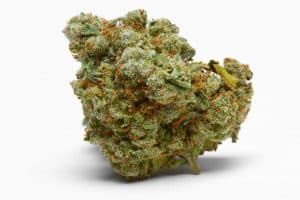 If you don’t have the money to pay for a soft drink at a restaurant, you generally wouldn’t think anything else would fly, would you? I mean, restaurants generally accept many forms of payment – credit cards, debit cards, cash, and even bitcoins in some places.

(Important note: Drugs can have a detrimental effect on your ability to make wise decisions.)

A 24-year-old young man from Lincoln, Nebraska, found himself on the short end of the baggie, so to speak, as he was in the process of purchasing food at a Domino’s pizza on January 15. The catch? He attempted to pay for part of the meal by slipping the clerk some marijuana.

According to the police report, the man tried to pay for chicken parmesan and pizza with a tattered-but-taped together $50 bill. The clerk would not accept the bill due to its condition, so he paid for the meal with a $20 bill.

However, he wanted to add a drink to the order as well. He reportedly said something to the clerk she did not understand, and then proceeded to pass her some weed. At that point, the young man had sealed his fate. She told her manager, who then promptly called the police.

When the police arrived, they found the man with a joint stuck behind his right ear. After searching his backpack they found additional marijuana inside of a can. They also found a scale and three checks. Surprisingly, the man also had $87 in cash on him – plenty of dough to buy the soda, which could have allowed him to avoid this whole situation altogether. (Please see previous note about drugs impeding one’s ability to think straight.)

The man was charged with possession of marijuana with intent to distribute.

One lesson to learn from this episode is that possessing large amounts of narcotics, including marijuana, can lead your friendly neighborhood police to think you’re a drug dealer. Sometimes, they even call their buddies, The Feds, to help them prove they’re right. Carrying around scales and checks probably isn’t going to convince them otherwise, either.

Look, I don’t know this kid. I know large bags of weed, scales and checks sure don’t look good for this defense. I also know that sometimes, when you do something without thinking, you end up paying for that mistake in a really big way. Marijuana is still illegal here, folks. So is selling it from a backpack. So is using it for barter for a soda.

At Drew Cochran, Attorney at Law, your case is always taken seriously – even if the circumstances of your arrest seem a little ridiculous. I’ve been defending the rights of the accused in Annapolis for almost 20 years, and I know a thing or two about a strong defense against drug crimes. Call my office today at 410.777.8103 and let’s discuss your situation. You can also reach me by filling out my contact form.

If you got caught with weed and things are looking bad, just remember: Keep Calm – and Call Drew.