Common Defenses if You are Charged with Domestic Violence 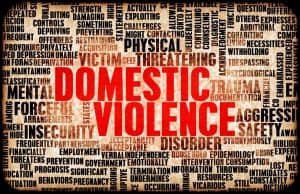 Being convicted of domestic violence in Maryland is pretty rough stuff. You might have to go to jail. The judge may order you take anger management courses or get counseling. If convicted, you may be ordered to pick up trash or do some other community service. In addition to fines, family, friends, and employers may learn of your conviction. And most employers don’t like to hire people with criminal records. So if you’re accused of hurting someone else, you’re going to need a lawyer – now.

Understand that any whiff of violence can land you in jail

You know why you really need a lawyer, though? Because the cops are looking to take you in. Domestic violence is a horrific accusation. There are men and women out there who are looking to kill the people they claim to love. The police? Their job, and the job of the courts, is to keep people alive.

So if your spouse calls the cops, and he or she has a bruise on his or arm, or has a cut on his or her face, or any type of injury – even if that injury was caused by something else entirely, like bumping a coffee table or a shaving injury – you could end up in jail. The cops don’t care, in that immediate moment, whether or not you caused that injury; they just know there is evidence of someone being injured, and Person A is accusing Person B of doing it. In that moment, they will do whatever they need to do to get Person A out of harm’s way.

But here’s the thing: the court of Public Opinion can convict you of domestic violence even if a criminal court doesn’t, and that’s why you need a strong defense against charges like these.

Defending you against domestic violence charges

If you find yourself in a cell, though, you can still fight the charges against you. Here are a few types of domestic violence defenses that could be applicable:

The first rule is to know that the police officers aren’t your friends. They will use your statements and your conduct against you if they believe you’re guilty. You should definitely, as in always, call my office first – Drew Cochran, Attorney at Law – I have over two decades of criminal defense experience helping people in Maryland fight for their rights and their freedom. I understand what you’re facing. I’ll work aggressively to use every defense possible on your behalf. Give me a call at 410.777.8103 or fill out my contact form to make an appointment at my Annapolis office.