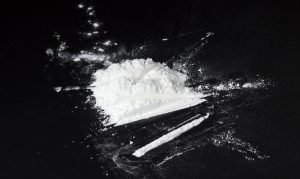 I’ve covered some, ah, interesting cases in this blog. We had the kids who were using sea life to shotgun drinks. There’s the guy who hid from the cops but left his feet sticking out from under the bed. We’ve had the fajita thief, and the guy who sold weed at his kid’s baseball game.

But of all of them, the one that made me chuckle the most was the story about the guys who tried to rob a Baltimore cop bar. And this latest foray into the absurd reminds me of that.

This time, we find ourselves in Nebraska, where a 25-year old man tried to blame his brother for an alleged robbery. When the police department found that the accused brother had a solid alibi, they took the accuser to their local office. While the police were charging him with filing a false report, his 17-year-old girlfriend was in another room accusing him of sex trafficking. So, not his day – right? Not aware the girlfriend was sinking his reputation even further, the 25-year old yelled at her to help him. The police then threatened to charge him with disturbing the peace.

90 minutes later, police video showed the accuser placing a chair on a table, and then climbing on top of the chair and pushing aside a tile in the ceiling. At first, the police thought he was just trying to escape. Soon, they put two and two together and realized he was trying to hide his cocaine. The police, who also weren’t having their finest moment, didn’t find the drugs in the ceiling because the packet fell underneath the table when they pushed open the tile in the ceiling.

They also found a hidden wallet that belonged to someone else entirely. No word on whose wallet it was.

There are so many potential charges, here

The accuser-cum-accused got off light, in this case. He was charged with possession of drugs and received a nine-month probation sentence. (No word in the article on the sex trafficking or robbery charges.)

But had he been in Maryland, that drug possession charge could have been far worse, depending on how much cocaine he had. Furthermore, the age of consent in Maryland is 16 – so if the girlfriend was under the age of 17 when they first got together, he could’ve been charged with statutory rape, too.

At Drew Cochran, Attorney at Law, we take your case seriously, even if the circumstances surrounding your charges are a bit out of the ordinary. I have two decades of experienced asserting defenses and protecting your rights. I’ll work to build a strong case on your behalf. Give my Annapolis office a call at 410.777.8103, or if it’s more convenient, simply use my contact form to schedule a time to discuss your case.