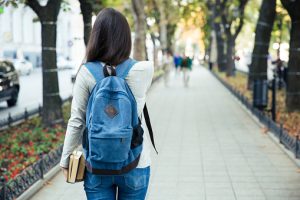 In 2014, sexual assault on college campuses was a hot topic. When Sabrina Rubin Erdely published her article “A Rape on Campus” in the November issue of Rolling Stone, the issue came into the limelight. The article related the gruesome details of a gang rape at a fraternity party hosted by Phi Kappa Psi at the University of Virginia. The only problem? The incident never happened.

Muckraking at its finest

Questions about the truth of the story began to pop up almost immediately. Erdely had relied on a single source, a victim called “Jackie,” who gave a firsthand account her rape by multiple men. In March 2015, police in Charlottesville said that a four-month review in the wake of the article found “no substantive basis” to support the story.

In fact, there was no evidence that the fraternity hosted a party at all on the night in question. A review commissioned by Rolling Stone found that the magazine had failed to uphold fundamental journalistic standards by neglecting to verify basic details provided by the writer’s single source. Though the magazine later retracted the article, the damage had been done.

On Friday, November 4, a federal jury in Charlottesville, VA found the magazine, its parent company, and the author of the article liable in a defamation suit filed by Nicole Eramo, a former associate dean of students at the university. The fraternity named in the report, Phi Kapp Psi, also has a defamation case pending.

The New York Times reported, “Ms. Eramo’s lawyers portrayed Rolling Stone as approaching its reporting with a preconceived story line and recklessly causing harm. ‘This is a case about journalism; it’s not about rape or whether Jackie was assaulted at a fraternity house,’ said Tom Clare, a lawyer for Ms. Eramo. ‘It’s about what happens to real people like Nicole Eramo when they become collateral damage in a quest for sensational journalism.’”

This story is a perfect example of what happens when people are falsely accused of a crime like rape; those who are exonerated still suffer the slings and arrows of accusation. Even though the party never happened, even though the author and magazine were found guilty of libel in a court of law, the fraternity, the university, and those involved will suffer tarnished reputations solely by association.

Sometimes, stories get out of control. When rape is alleged, there is an automatic double-think assumption that a victim is truthful and a victim is guilty. That attitude flies directly in the face of our civil rights; everyone is entitled to a trial by jury, and everyone is innocent until proven guilty.

If you have been accused of rape, you need an attorney who can work fast on your behalf. You need me, an experienced Annapolis rape defense attorney. Don’t panic and don’t say anything to anyone without a lawyer – ever. Call Drew Cochran, Attorney at Law at 410.777.8103 or fill out this contact form, and let me get started on protecting your rights and future today.