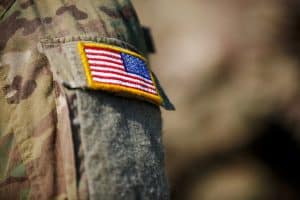 In 2014, it was discovered that government officials at the Department of Veterans Affairs falsified data about how long veterans were waiting to receive care. That scandal prompted serious inquiries into how the agency was allocating funds and the quality of care that our veterans were receiving. While the delayed care scandal affected all veterans, a more insidious problem surfaced last year when it was discovered that more than 24,000 veterans suffering from traumatic brain injuries might have improperly been denied benefits.

What it means when PTSD is misdiagnosed

Misdiagnosis of any kind can have serious consequences, but when it comes to mental health services, it’s all the more important for veterans to receive proper care the first time. All stress disorders, no matter how “minor,” can result in emotional and psychological instability, while more serious injuries can require intensive therapy and continuing care for veterans to have any semblance of a normal life.

When PTSD goes untreated, it is common for victims to experience substance abuse and interpersonal relationship problems that can cost jobs and cause serious damage. According to PTSD Treatment Help, “The effects of PTSD can cause a person to put him or herself in danger to endanger others such as family members. Untreated PTSD can cause permanent damage to the brain due to the person living in a hyper-aroused state” (emphasis mine). This can lead to changes in personality, suicidal thoughts, violent tendencies and cognitive dissonance.

The agency with the sole purpose of helping our nation’s veterans more often turns damaged individuals out on the streets with no recourse for help. Untreated victims are left to cope in the only way available to them; begging in the streets for enough money to afford the next dose that staves off the nightmare of reality. The worst part, by far, is that there are treatments available that could save our veterans from these waking nightmares.

Consider this; according to the Baltimore Sun:

“About 70 percent of homeless veterans suffer from substance abuse and addiction issues. Many homeless veterans suffer from weak social networks due to problems readjusting to civilian life. For some veterans, unemployment and readjustment to civilian life can lead to homelessness. This is especially true for veterans returning from Iraq and Afghanistan who are trying to support young families. For other veterans, physical and mental health issues and disabilities interfere with job retention.”

Our nation’s veterans deserve better. The reward for defending our country should never be begging for help on the streets or trying to deal with substance abuse problems alone. Our national attitude towards mental health and addiction issues has been changing, but not fast enough to help those most affected by a systemic failure to address a growing problem. When our government fails to help those who defend it, everyone suffers.

Veterans find themselves in trouble every day for reasons that are, simply put, not their fault. Resources are often scarce for those who need help the most. If you need help, please call the office of Drew Cochran, Attorney at Law, at 410.777.8103, or fill out this contact form.

You don’t have to do this alone. Just remember: Keep Calm – and Call Drew.