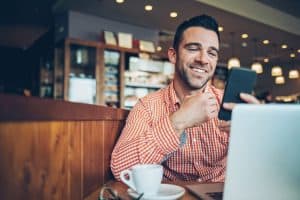 There was a story in the Columbia Daily Tribune recently about a 22-year-old guy from Maryland who was allegedly dating a 12-year-old girl from Missouri, and now he’s facing federal charges for “enticing a minor to engage in illicit sexual activity.” He and his brother tried to bring the girl back with them to Maryland, but they never made it past St. Louis.

(Full disclosure here: I don’t know this guy that guy arrested, and I certainly don’t know why he ended up with a 12-year-old kid in his car. You can’t have sex with children; period.)

Internet exploitation of a child and other crimes against kids

So, Maryland has a number of different laws to protect children from being exploited or abused.

These are tough charges in a lot of ways, but especially because they’re often the source of public witch hunts. The court of public opinion is more likely to turn the other cheek if you kill someone than if it thinks you touched a kid. Even if you have irrefutable evidence that you did nothing at all, your reputation could be ruined forever.

Remember earlier, when I was talking about viruses? Okay, so, imagine this scenario: you’re chatting with someone you’re told is in his or her 30s, and based on the language he or she uses, and the photos on the account, and the types of interests you share, you believe it. Things heat up a little, and you ask for a pic. The file comes through, and you’re all set to check it out on your computer at home – but instead of what you *thought* you were getting, you end up with a folder filled with naked children.

First things first: call the cops. I know that seems counter-productive, but get it on file that YOU are the one who’s calling to lodge a complaint and that YOU are the victim of the crime. Next, call a lawyer with experience handling sex crimes charges (410-777-8103, for reference). Next, file a formal complaint with the site, and tell them you were sent a folder filled with images from one of their users. (Again, this helps to establish that you were the victim, not the perpetrator.)

Criminal charges of any kind can be a problem, but anything involving children poses a whole new set of hurdles. You want an experienced, aggressive Annapolis criminal defense lawyer on your side from the beginning, for your best chance at reclaiming your future. At Drew Cochran, Attorney at Law, you get the full power of my firm behind you from day one. Please call 410-777-8103 or fill out this contact form to learn more.

You don’t have to do this alone. Just remember: Keep Calm – and Call Drew.