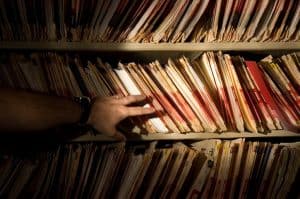 If you want to exit a conversation or dampen a party, let them know you are a registered sex offender. Cue the record scratch: No matter what your circumstances are, people will stop dead in their tracks. There’s no way to destigmatize the term — it just sounds bad rolling off the tongue. And that’s a shame, because “sex offender” doesn’t always mean what you think it means.

A 2013 Human Rights Watch report on the debilitating effects of children who are raised on the sex offender registry — that is, those who are convicted of sex crimes at young ages — showcases just how devastating this life can be.

It sucks to be a juvenile sex offender

When you’re released from detention as a juvenile sex offender, there’s an entire set of registration laws and reporting requirements you have to abide by. Many states have community notification laws, which means that young people on the sex offender registry are subject to public notification of their status. Maryland is one of the states that implements SORNA, the Sex Offender Registration and Notification Act. This federal law can be oppressive, especially when dealing with adults who were convicted as minors.

Even if you’re completely rehabilitated, were wrongfully convicted, or were the victim of circumstance, this label can follow you around for your entire life. Adults on the sex offender registry can be depressed, isolated, and unable to escape social stigma. Juveniles on the sex offender registry often experience homelessness because they can’t satisfy residency requirements. It sucks to be a juvenile sex offender, and you might need representation from an Annapolis criminal defense attorney.

There’s a glimmer of hope for some, however. A Maryland Court of Appeals ruling in 2014 meant that all sex offenders on the registry prior to 1995 must be deleted. 1,400 people were slated to be removed. Of those, some were alleged sex offenders as juveniles, and have been convicted of no other similar crimes.

Should I date a sex offender?

That depends on you, the person you’re interested in, and several other factors. That is only a decision that you can make. It would be advantageous to hear the person out, do some research of your own, and try to understand the circumstances of an alleged sex offender. There are lots of people who have no problem dating a person who has been convicted of a sex crime. Often, their significant other knows they are innocent or understands the extenuating circumstances that led to a conviction.

At Drew Cochran, Attorney at Law, we can work together on criminal defense issues, whether you are a juvenile or an adult accused of a sex crime. I will always afford you respect and speak to you in plain language — none of this confusing legalese. To learn more about the services I provide, call 410-777-8103 or fill out this contact form. If you’re accused of a sex crime and scared, take a deep breath and remember: Keep Calm – and Call Drew.