Alexa – My Spouse is Beating Me to Death. Can You Help? 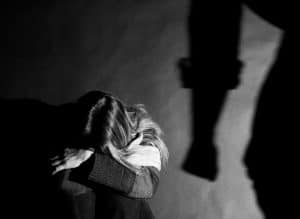 I’m sure you’ve heard the story by now, but just in case you were busy, here it is in a nutshell: Someone claimed that yelling “Alexa, call 911” led to the arrest of a domestic abuser in New Mexico. Manuel Gonzales, the Bernalillo County Sheriff, allegedly “released a statement Monday praising the technology for having ‘helped save a mother and her child from a very violent situation,’” per the Albuquerque Journal.

Except the story is bull. Alexa can’t call 911, according to Alexa Public Relations workers Rachel Hass. Someone called the cops, but it wasn’t Alexa. Per Hass, Alexa “cannot make calls to all numbers and can only call another Amazon Echo device or a device with the Alexa app.”

So, the robot overlords didn’t save the victim; a good Samaritan did.

The story about the family in New Mexico is pretty cut-and-dry. The man hit a woman with a gun and threatened her, and then there was a six-hour standoff with the cops – you know, the usual out in the wild, wild West. I’m thrilled that the victim was rescued in time, and that she’ll get the help she needs, but I also know that most cases involving accusations of domestic violence aren’t this clear.

I’ve worked with people who have been accused of really horrific crimes by the spouses simply because the husband or wife is mad at them. I’ve seen spousal abuse accusations thrown around in custody battles, too, because “winning” is more important than anything else. I’ve heard men and women accuse their partners of threatening them, or beating them, or trying to harm the kids, and then lo and behold – not only is the accused innocent, but the accuser is the one who is guilty. But it doesn’t matter in the court of public opinion. Once you get a reputation for beating on your kids or your spouse, it can be hell on Earth trying to live a normal life, even when you’re innocent.

That’s why, if you’re facing domestic abuse charges, you HAVE to get an attorney working for you ASAP. I always tell my clients that an aggressive defense strategy is critical to maintaining their reputations and their freedom. Better to clear the air fast, then allow the accusations to fester. Trust me.

My name is Drew Cochran, and I help people throughout Maryland who are facing criminal charges. If you need an aggressive, experienced Annapolis domestic violence defense lawyer, I’m ready to help. To schedule an appointment, please call Drew Cochran, Attorney at Law, at 410-777-8103, or fill out this contact form.

You don’t have to go through this alone. Take a deep breath, and remember: Keep Calm – and Call Drew.