Yes, You Can Get a DUI Driving a Lawnmower or Walmart Scooter 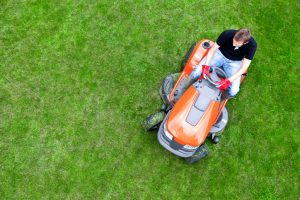 We’ve all either seen or heard about real-life instances of drinking and driving. Many of the stories are similar. The driver weaves back and forth erratically on the road and gets flagged by police. Or, the story ends in a crash, severe injuries, or even worse. Some DUI tales even involve high speed chases that don’t end well.

This isn’t that kind of story.

Taking the lawnmower for a ride under the influence

You know that expression, “Boys and their toys”? Whether it’s a tractor or a giant chainsaw, or whatever is happening in this video – manly men like motorized stuff. (or at least, that’s what the ever-elusive “they” say.)

A man in Minnesota captured his ninth DWI charge while riding his lawnmower with a 0.28 blood alcohol concentration (BAC) level. The man surmised that he would be free and clear riding his lawnmower for transportation since he had already lost his driver’s license to a previous DWI conviction.

Once again, we have men driving things other than cars while drunk. A man in Indiana was driving down the interstate when the police pulled him over.

But why? you ask.

First, he was driving on the wrong side of the road, headed north in a southbound lane of State Road 135.

Secondly, he was driving a Walmart motorized scooter.

Yes, you guessed right – he stole the scooter from Walmart and took it for a spin down the highway while hammered. When police noticed the “in-store use only” sign on the rear end of the scooter, they knew something wasn’t quite right. The police pulled over the scooter and arrested him for DUI and theft. And, after his arrest, the scooter was safely returned to Walmart – insert your sigh of relief here.

Why should I care about a drunk guy in Minnesota or in Indiana?

Because St. Patty’s is coming, and we all know what that means: lots of Annapolis bar crawls, lots of green beers, lots of people doing their best Irish accents despite the fact that the only Irish accent they’ve ever heard came from a Lucky Charms commercial they saw when they were eight. It’s gonna be mayhem; it always is. And DUI charges carry severe consequences if you get convicted. These can include significant fines, prison time, license forfeiture, and community service. A conviction can have lasting consequences including the requirement to have an ignition interlock device installed and a significant hike in your insurance premiums.

It’s stressful enough to find yourself arrested for driving under the influence or driving while impaired for the first time. However, if you are convicted of a repeated DUI offense, the penalties you face will be much harsher. In either case, you need strong and effective legal representation to fight the charges against you.

If a DUI charge is staring you down, you need a powerful legal defense. At Drew Cochran, Attorney at Law, you’ll find a lawyer who knows what he’s doing. I know how to build a defense strategy that gives you the best opportunity to minimize or avoid the consequences you are facing. To get started with an initial conversation about your situation, call me at 410-777-8103, or fill out my contact form.

If you’re trying to figure out which of the three cops you’re looking at is the real one, just remember:  Keep Calm – and Call Drew.