How a Protective Order Differs from a Peace Order 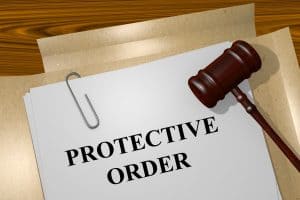 Protective orders and peace orders sound similar, but there are a lot of key differences. The main similarity is that if you are served with a petition for either type of order, you better call an experienced lawyer – fast. Both types of order mean that the accused is prohibited from having contact with the person who files the petition for months or even several years.

It makes a difference who accuses you of abuse.

A protective order is filed by:

There are time limits for some of these people. If you had sex with someone but it was more than a year ago, you should be safe. Parents normally file for their minor children. Adult children need to file their own petition.

Peace orders aren’t so peaceful. They can be filed by friends, acquaintances, people you work with, and even strangers.

Which acts are considered abusive?

The person seeking the order does need to prove some nasty conduct. This part gets tricky. Some acts justify either type of order. Other acts can only be used to justify a peace order.

The following conduct can be used to obtain either a protective order or a peace order:

The following misconduct can only be used to obtain a peace order:

How long do the orders last?

Protective orders can last up to a year. Another six months after another hearing. If you violate the order, another two years can be added – so it’s usually best to suck it up and obey the order. Peace orders last for a maximum of six months.

You have the right to contest the petition. You have the right to a hearing. Even the smallest violation such as a phone call or email may be a violation of the order. For help now, call my office – Drew Cochran, Attorney at Law – at 410.777.8103. I’ve been helping people who get into trouble for 20 years. I understand how to defend criminal charges. If you are accused of any crime in or near Annapolis, Maryland, either call or fill out my contact form to set up an appointment.