Why Date Rape Drug Testing Often Fails All of Us 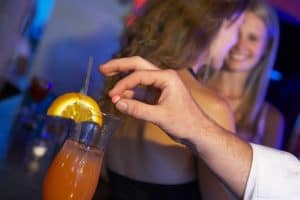 A recent investigation by Buzzfeed News found that date rape drug testing is extremely unreliable, with standards differing from hospital to hospital and facility to facility. Yet, the results of this testing continues to be presented by authorities and prosecutors as evidence. This lack of standards can negatively impact the way the justice system works – for both the victim and the accused.

According to the Buzzfeed article, “No national standards exist for the range of drugs labs should test for, the types of screens they use, or the amount of drugs in the system that should count as a positive result – rendering the outcomes wildly unreliable and hard to interpret.”

Literally, the lab techs could be testing for anything – or nothing at all.

After reviewing thousands of pages of lab manuals, interviewing dozens of subject matter experts, and interpreting data, Buzzfeed found that testing can be variable or inconsistent from lab to lab. For example, a urine test that would yield a negative result for opiates at a lab in Florida would yield a positive result at a lab in New Jersey.

Some labs test blood and urine, some test blood only, some test urine only. Each type of test – and how the results are stored – can yield a different result. And, currently there are more than 100 types of drugs that have been used in date rape cases, with that number growing all the time. Lab testing just can’t keep up.

These tests aren’t perfect, either

Put aside the fact that every lab seems to use different standards for different tests. Some of them are using tests that simply don’t work. Incredibly, some labs, the article reports, “rely entirely on a type of drug screen so notoriously fallible that the United Nations Office on Drugs and Crime recommends that it never be used in drug-facilitated sexual assault cases.”

So, just to recap:

Who is this helping?

Even though date rape drug tests are difficult to interpret, they’re still typically used as evidence in investigations and in court. However, many prosecutors report that they rarely receive positive results, and also receive many false negatives. And if a first round of drug screens doesn’t come back positive, authorities rarely move forward with a second round.

You can understand why this is newsworthy not only for victims, but the accused as well. Date rape is an extremely serious charge and can result in jail time if convicted. How on earth can you convict someone on the basis of an unreliable test? Because that’s what happening, here: problematic tests are presented as the end-all, be-all proof, and juries can – and do – convict based on that evidence.

Even worse: innocent people get scared and make plea bargains based on this evidence, because they don’t know their rights, and they think a guilty plea to a lesser charge will make it all just go away. But it doesn’t go away, and once you’ve pled guilty, it is SO MUCH HARDER to clean up your record.

If you’re facing sexual assault charges, you need a straightforward Annapolis defense lawyer. At Drew Cochran, Attorney at Law, we work with our clients to build solid strategies. Call 410-777-8103 or complete my contact form to schedule an initial conversation.