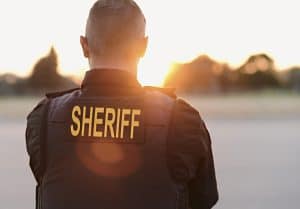 An investigative piece published by the Baltimore Sun in June 2019 describes a Baltimore police officer who led a ring of crooked cops as he led a double life. The officer, Wayne Jenkins, was in charge of the Gun Trace Task Force when he began handling drug deals on the side and robbing people they were arresting, among others.

An indictment was handed down in March 2017 of Jenkins and six officers from his elite task force within the Baltimore City Police Department. The indictments included charges of overtime fraud, robbery, extortion and charges involving drugs.

Between 2006 and 2009, Jenkins was the subject of multiple lawsuits that alleged misconduct. In three of them, the plaintiffs were successful. None of the four lawsuits against Jenkins triggered any internal punishment of the officer from the police department.

Where did it all go wrong?

Jenkins spent three years serving in the Marine Corps before pursuing a career in law enforcement. When he became an officer, he was the ripe age of 23. Many Marine officials who served with Jenkins or who were his commanders described him as a man of the utmost character. So, where did it all go wrong?

Many officers who worked for Jenkins on the task force admitted they stole drugs from off the street and then sold them illegally to make a profit. They also noted that Jenkins was the ringleader of the drug thefts and subsequent sales. Some officers even admitted to stealing drugs off the streets well before they were added to the gun task force.

A trial that followed the indictments in March 2017 wound up convicting Jenkins. He was sentenced to 25 years in prison and is serving that sentence in a South Carolina federal facility. Maurice Ward, an officer who worked on Jenkins’ task force, was sentenced to seven years in prison. He claimed he was thrilled when Jenkins added him to the task force. Jenkins declined an opportunity to speak to the Baltimore Sun for their investigative piece about him and his task force.

Do you believe you have been arrested by a crooked cop? Do you think the charges levied against you are false? If so, it’s important that you speak to Drew Cochran, Attorney at Law. With almost 20 years of experience in criminal defense law, our firm has helped many clients have charges either dropped or reduced. Call us at 410-777-8103 or complete a contact form on our website to schedule a consultation in Annapolis or Ellicott City.