Before You Flush Your Drugs, Think of the Animals 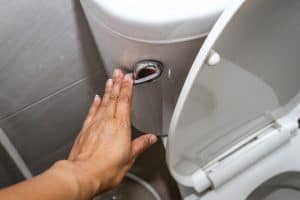 The Loretto Police Department in Tennessee took the rare step of posting a warning on their Facebook page that trying to flush your drugs down the toilet to avoid arrest probably isn’t the best idea. According to a story in Buzzfeed, a suspect flushed his methamphetamine and several paraphernalia items down the toilet after he was served with a search warrant. His flushing attempt failed to avoid detection resulting in drug charges for:

The police discovered 12 grams of meth and 24 fluid ounces of liquid meth along with the paraphernalia.

The police added the following request to their Facebook page. “Please don’t flush your drugs m’kay.” The reason for the request was that the drugs and related items don’t go directly downstream. Instead, they end up in a retention pond where they are processed by the county sewer system.

The police added that local sewer teams aim to release clean water into the county creeks. They’re not prepared for meth. Worse, “Ducks, Geese, and other fowl frequent our treatment ponds and we shudder to think what one all hyped up on meth would do.” They added that the drugs could possibly end up in Shoal Creek and Tennessee River where innocent gators could turn into meth-gators.

Did you say “meth gators”?

Now, it may seem like a good idea that disposing of evidence that can be used against you, such as drugs and narcotics, is a good idea. After all, you don’t want a drug conviction and you don’t want to go to jail. But it’s still a bad idea, and you’re gonna get caught.

In most cases, the police will eventually discover the drugs you flushed – whether it’s in your septic tank or the treatment facility. Additionally, they will try to use the fact that they saw or heard you flush the drugs as evidence against you. They will, likely, add the crime of tampering with evidence or obstruction of justice against you. A conviction for tampering with evidence or obstruction of justice could result in a misdemeanor of felony, both of which could result in substantial jail time and stiff fines and penalties.

At Drew Cochran, Attorney at Law, our criminal defense attorneys have been fighting for the accused in Annapolis, Centreville, Ellicott City, and the surrounding areas for 20 years. We aggressively assert every defense possible to help you obtain an acquittal, a dismissal or the charges, or a fair plea bargain agreement. For help with any drug charges, call Drew Cochran, Attorney at Law – at 410.777.8103 or fill out my contact form. We’ll help protect the animals and protect the humans charged with criminal offenses.