Why You Need a Lawyer for a First-Time DUI Charge 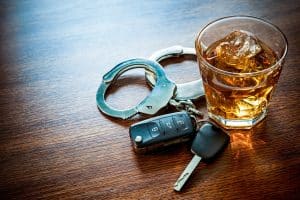 It used to be that judge might cut a break for a first-time DUI charge. That just isn’t the case anymore. In Maryland, anyone who is charged with a DUI is looking at possible jail time, court fines and penalties, license suspension, and increased insurance premiums. A skilled DUI defense lawyer will fight aggressively to suppress chemical tests, to question the basis for the arrest, and obtain dismissals or plea-bargains of the charges.

Penalties for a first-time DUI conviction in Maryland

In Maryland, drivers can be charged with DUI (Driving Under the Influence) or DWI (Driving While Impaired). The DUI offense is normally based on a showing that your blood alcohol level was .08 or more. A DWI is based on a showing that alcohol or drugs impaired your ability to drive at some level. The consequences are generally the same for both types of convictions, though most of the penalties are imposed by the Motor Vehicle Administration:

First-time offenders will also fact some or all of the following consequences, too, if convicted:

How an experienced DUI/DWI lawyer fights for defendants

An experienced DUI/DWI defense lawyer will fight to have the charges dismissed, to obtain an acquittal before a judge or jury, or to have the charges reduced. For example, our Annapolis DUI lawyers may argue that the police didn’t have grounds to stop you and that a fair compromise is to cite you for a traffic offense instead of DUI offense.

Defense lawyers also assert any other defenses that may apply to your case.

At Drew Cochran, Attorney at Law, our Annapolis DUI defense lawyers understand that one moment’s mistake shouldn’t ruin your life. We have been fighting for Maryland defendants for decades. We have a strong track record of successfully defending people charged with DUI and other offenses. For help with a first-time DUI charge or any subsequent offenses, call Drew Cochran, Attorney at Law at 410.777.8103, or fill out my contact form, to make an appointment. We represent clients in Annapolis, Centreville, Ellicott City, and the surrounding areas.