Will a DUI Show Up on My Background Check? 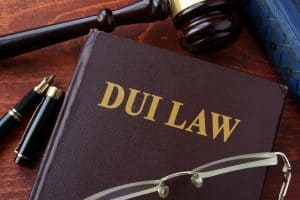 Drivers who are convicted of driving under the influence should expect that they will be forced to spend time in jail, that their license will be suspended, and that they will have to pay court costs and fines. What defendants usually fail to consider is that any DUI conviction becomes part of your criminal record. After the person convicted of a DUI serves his/her sentence, other problems rear their ugly heads.

Insurance companies assess points for every type of moving violation including a DUI conviction. Fortunately, in Maryland, the points from the DUI conviction only stay on your driving license record for three years from the date of the conviction.

Your driver’s license will be suspended if you have a conviction for at least 90 days depending on whether the conviction is your first offense or a second or later offense. The length of the suspension will be even longer if your blood alcohol content was .15 or more.

As an alternative, Maryland drivers who need to use their vehicle for work or school may be able to use an interlock ignition device (IID) system for six months or more. The IID tests your blood alcohol before you start to drive. If your level is too high, the ignition won’t work.

When an employer, an apartment complex, or anyone considering giving credit runs a background check, they will see that you have a DUI conviction. The employer may be justified in denying you a job, denying you a place to live, and denying your credit – based on just one DUI conviction. Anyone who wants to work for a rideshare company such as Uber or Lyft or wants any job such as a truck driver job that requires a driver’s license will have to explain why there is a conviction on their criminal record.

As a practical matter, drivers who have a DUI conviction will likely have to wait three or more years if they want a professional driving job since companies are unlikely to hire drivers who require higher insurance premiums.

Professional driving companies, apartment complexes, employers, and loan companies will review many factors when making a hiring or an approval decision. The best option for anyone with a DUI conviction is to strengthen the other parts of their application so that the positives (good job skills, a good job, paying your bills on time) outweigh the negative of the DUI conviction.

At Drew Cochran, Attorney at Law, we fight to dismiss DUI charges. We work to suppress field sobriety tests, breath tests, and blood tests. We challenge the right of the police to stop you. Our lawyers work to negotiate plea agreements so that you’re charged with lesser offenses. To speak with an aggressive DUI lawyer who understand how the criminal justice works, call our experienced Annapolis and Ellicott City attorneys at 410.777.8103, or use our contact form to schedule an appointment.