The History Behind the NY Times Report on Breath Test Unreliability 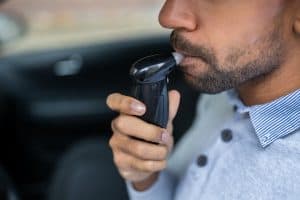 Look, it’s not nice to gloat. I know this. We all know this.

But this whole “breath tests are faulty” story from the New York Times that has everyone clutching their pearls and crying, “Oh, the horror! We didn’t know”?

I’ve been a DUI defense lawyer for 20 years, and I am telling you – I KNEW these tests were B.S. Any defense lawyer worth his or her salt could have told you they were B.S.

And they’ve been B.S. for-EV-er. This isn’t a new scenario. The New York Times investigation into breath test failures focused on the history of breath machines as well as the current defects.

Attempts to control drunk driving date back to the late 1800s. In England, a law was enacted to regulate the operation of a “carriage, horse, cattle, or steam engine.” In 1897, the first drunk driving arrest is believed to have occurred when George Smith, an electric taxicab operated confessed to drinking several glasses of beer.

Near the end of the prohibition era, a Drunkometer was developed by a biochemist. The machine was the size of a suitcase. As the driver breathed into the machine, the chemicals in the machine would turn a darker color – the more intoxicated the driver was.

Currently, many driver’s blood alcohol level is measured through a breathalyzer device. The alternative, which is generally more reliable, is for the police to obtain a warrant so they can draw blood from the driver. The breath machines are expensive. Some state police crime labs pay millions of dollars for the devices. Just one breath test device can sell for $10,000.

One machine that was challenged in Massachusetts is the Alcotest 9510, manufactured by Dräger. It looks like a fax machine with a small hose. As the NY Times reports, as the driver breathes into the device, “a beam of infrared light is shot through the sample. Chemicals, including the ethanol in alcoholic drinks, absorb light to varying degrees. By analyzing how much light is absorbed, the instrument can identify the type of chemical and the amount of it present.” The Alcotest 9510 also uses a fuel-sensor.

In 2005, for example, Vermont’s toxicology lab scrutinized machines from four manufacturers. The lab rated CMI’s Intoxilyzer 8000 as “unsatisfactory” and found that it gave inaccurate results on “almost every test,” according to a lab technician’s report. The Intoxilyzer 8000 was already being used in Mississippi and was getting ready to be used in Oregon and Ohio.

Florida also agreed to use the Intoxilyzer 8000, “even after a test machine short-circuited and started to smoke, state records show.” Florida technicians found more problems with the machine. A CMI engineer “drilled a small hole into the exhaust valve” to fix the problem in all its Intoxilyzer 8000 machines. Defense lawyers objected. Several Florida county judges ruled that the machines could not be used in their courtroom – due to “secret undisclosed evidence.”

In Washington DC, a retired US Park Police officer was hired to examine the police department’s Intoxilyzers. He found results that were 20-40% too high. The prior person who oversaw the machines had been entering “incorrect data that miscalibrated the machines.” The park officer pulled the machines from service and notified the city’s attorney general to determine how to handle past convictions which were now, arguably, unreliable. The attorney general notified defendants where the machine was the sole evidence but not drivers where the machines were used with other evidence of DUI.

The New York Times reported additional deficiencies in the Dräger’s Alcotest 9510 breath machine. In Washington state, law enforcement decided to readjust the software to account for problems (safeguards that were supposed to make the machines more reliable) with their machine. “Other states have disabled different safeguards.” In still other states, human error (sometimes intentional) has caused breath machines to be unreliable.

In Massachusetts, Justice Robert A. Brennan, in 2017, “threw out all of its breath test results from 2012 through 2014. He later expanded his previous order: No tests from the [Massachusetts forensics] lab were admissible until it was accredited by a national board that oversees forensic labs. Eight years of tests — more than 36,000, according to defense lawyers — were suddenly off-limits.”

At Drew Cochran, Attorney at Law, we know these tests don’t always work. That’s why we partner with breathalyzer machine experts when there is a case to be made that the machines themselves are invalid. Often, we fight to suppress the test results based on the failure of the police to have grounds to stop the driver or the failure of the police to follow proper procedures when giving the tests. To schedule an appointment with a skilled DUI lawyer, call our Annapolis and Ellicott City DUI attorneys at 410-271-1892, or use our contact form.