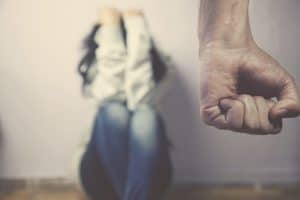 Domestic violence cases in Maryland generally begin with a phone call from the victim to the local police. The phone call then requires that local law enforcement come to where the victim is – usually in a home. Once the accusation is made, then the person the victim accuses of domestic violence is usually arrested. An arrest does not mean you’re guilty. There are defenses that may apply. Alleged victims can also file a request for a protective order which the accused person must response to at a court hearing

The available defenses vary depending on what actually happened. Some defenses are factual defenses in which the respondent/defendant directly contests what happened. Other legal defenses assert that that the victim hasn’t met their burden to prove the charges or that some legal right was violated.

Common factual defenses in domestic violence cases include the following:

In cases where a defendant asserts a factual defense; medical reports, photographs, and videos may help determine whether the factual defense has any merit.

The prosecution which handles the domestic violence case for the victim must prove its case. The standard of proof in criminal cases is – beyond a reasonable doubt. Your lawyer has the right to question the victim, the police officer, and anyone who has knowledge of the dispute or misconduct.

Defense lawyers may seek to have evidence suppressed if it was improperly obtained. Evidence is generally improper if it violates your right not to self-incriminate yourself or if physical evidence was seized in violation of the Fourth Amendment to the US Constitution.

At Drew Cochran, Attorney at Law, our experienced Annapolis domestic abuse lawyer has been fighting for the rights of the accused for 18 years. Our legal staff works to contest every aspect of the prosecution’s case. We also work to obtain just plea bargains which may help resolve the charges and the address the circumstances that led to the charges. For help defending domestic violence charges, call us at 410-271-1892, or fill out our contact form to schedule an appointment. We maintain offices in Annapolis and Ellicott City.

Drew Cochran is an outstanding defense attorney. Seasoned, savvy, and smart, he knows the law and understands how to apply it to get the maximum benefit for his client. He keeps his eye on the big picture—getting the best results possible—while attending to the smallest details to ensure success. He is accessible, responsive, and user-friendly, while communicating clearly with the