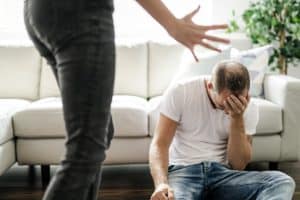 The statistics that confirm domestic violence of men

According to the National Council Against Domestic Violence (NCADV):

In Maryland, 27.2% of men have experienced, physical violence, rape, or stalking by an intimate partner.

Why male victims often don’t file complaints or get help

According to Eureka Alert, a nonprofit news platform operated by the American Association for the Advancement of Science (AAAS), male victims face many barriers to filing complaints and getting help including. A British NIH study examined why men fail to get help in abusive relationships. The study found that male victims fear: