The Link between Domestic Violence and Drug/Alcohol Abuse 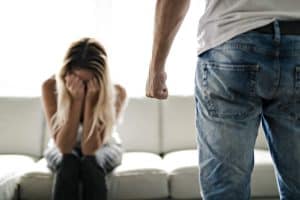 Maryland’s statute provide some time requirements that determine the right to file a complaint with local law enforcement. Maryland law further defines “abuse” ((though the title of the statue is called “Domestic Violence”) as:

According to the Addiction Center, drugs and abuse can affect the person charged with the assault by escalating the severity of the domestic abuse. Victims of domestic violence may also turn to alcohol and drugs to try to cope. Alcohol and drugs generally increase the likelihood of violence because the substances cause the users to “lose control of their inhibitions.” According to the Addiction Center, almost 80% of domestic violence crimes have a drug component.

Addiction can cause irrational behavior and violent behavior. Some of the common traits between addiction and domestic violence are:

The American Addiction Centers (AAC) supports the conclusions of the Addiction Center. The AAC states that some research indicates spousal abuse is a predictor that drug addiction may occur.

At Drew Cochran, Attorney at Law, our Annapolis and Ellicott City domestic violence lawyers understand that drugs and alcohol and other disorders are often factors in any domestic violence case. We appreciate, during these difficult times due to the COVID-19 virus, how many people are having more difficulties coping and managing their substance abuse. We fight to show our clients did not commit domestic violence or to show that treatment rather than jail is the better option. To discuss any domestic violence charges, call us at 410-271-1892, or use our contact form – to schedule an appointment.