No One Needs That Amazon Package That Fast, Man 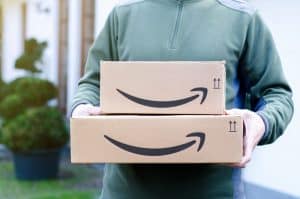 The coronavirus has drastically changed the transportation landscape. Roads that were filled with bumper-to-bumper traffic are only partially filled with delivery trucks and some people with cabin fever going for a spin. Whether it’s Interstate 595, US Routes 50 and 301 or the local roads and streets Throughout Annapolis and Ellicott City, the temptation for drivers to drive fast is higher than normal because the roads are so open.

This speeding temptation applies to car and truck delivery drivers trying to make as deliveries as quickly as they can. The temptation also applies to drivers who are performing essential services and just going to see a parent or a friend. The temptation is based not just on the openness of the roads but the belief, mostly mistaken, that law enforcement won’t give the drivers a ticket due to fears about contracting COVID-19

Speeding on the Capital Beltway

Fox 5 DC reported on April 26, 20 that they are increasing patrols on the Capital Beltway because drivers are continuing to speed and drive more aggressively during the pandemic. The citations that are being issues aren’t for minor infractions of the speeding law. On one recent Sunday, Forestville Barrack troopers in Prince George’s county issued:

The straight-way parts of the Capital Beltway are where the most speeding is taking place.

The Montgomery County side of the Capital Beltway is also seeing problems. There were two serious tractor-trailer injuries within 12 hours. In the first crash, a truck driver hit a concrete barrier and jackknifed causing the contents of the truck to spill onto two lanes – because the driver was speeding on slick roads. In the second truck crash, the driver lost control and jackknifed – colliding with another trailer before igniting – because he was driving too fast.

Maryland State Police are using electronic signs to warn drivers to slow down while driving on a dangerous section of the Beltway near River Road.

WUSA 9 reported that Virginia State Police are seeing drivers traveling up to 114mph in some cases which makes little sense since the amount of traffic in the Maryland, DV, and Virginia area has decreased dramatically due to the pandemic. Since March 14, police officers from College Park Barrack (home to the University of Maryland) have given out 108 traffic violation warnings for speeding on Interstates 95 and 495. Troopers are using unmarked cars and directional radar to surprise drivers who think their GPS app can avoid detection.

At Drew Cochran, Attorney at Law, our Annapolis and Ellicott City traffic citation lawyers assert all legal and factual arguments on your behalf. We challenge the admissibility of radar, camera, and other types of evidence if possible. We work to negotiate plea agreements to lesser offenses and lower fines. For help with any traffic offense or license suspension, call us at 410.777.8103, or use our contact form – to schedule an appointment.