Have You Really Learned NOTHING from Chris Hanson? 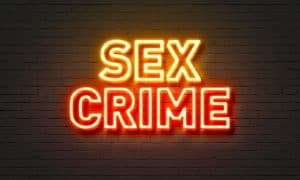 Most of the television watching nation has heard of the show To Catch a Predator, which aired for four years on NBC. The show was built around catching pedophiles on camera. Host Chris Hanson would work with a team of investigators who would inevitably be in contact with a grown man looking to have sex with underage kids. When they show up at the house and see their intended victim, the host magically appears to question them. Amazingly enough, many of them stayed to talk just before being arrested.

Having sex with kids, even when they look older, is illegal. While that TV show didn’t last, it did begin to highlight the vast amount of child sexual assault that goes on in the country. That means there’s a pretty good chance that you’ll get caught and charged with a sex crime if you go out with a 14 year old, whether or not he or she looks 18.

It’s no secret that dating these days has become infinitely more difficult and not everyone wants a long-term relationship. Hey, there’s nothing wrong with that. People tend to get into trouble when they want to date someone younger – a lot younger. If you’re both consenting adults, do your thing. It’s nobody’s business. If you have to ask to see a driver’s license to tell how old someone is, you might want to just slowly back away.

Even just trying to get to know someone who you don’t realize is underage (or maybe you do) can end up in being arrested. Dating without the use of technology is almost impossible. Whether you’re using a dating site, social media app, or even texting, everyone wants to see pictures of who they’re talking to before deciding to meet. At times, those pictures can end up being racy. If you’re exchanging inappropriate pictures with each other, guess who’s probably getting arrested for child pornography if those pictures get out?

Dating isn’t the only way to wind up in prison

Life is long and people get lonely. Sometimes you might have a lapse in judgment and figure paying for sex isn’t going to hurt anyone. Law enforcement tends to frown people selling their bodies for sex, even more so when it involves kids who clearly didn’t grow up dreaming of a career in prostitution. Sex trafficking, especially of children, isn’t taken lightly because law enforcement knows the drill. At-risk kids are forced or coerced into engaging in sex with strangers for money.

If you meet or pick someone up for sex who happens to be underage and you get caught, you may feel compelled to begin explaining that it was a mistake in the hope that the officer will let you slide. Don’t do it. They’re not letting you go and you’re not going to explain your way out of it to law enforcement. Even if they haven’t read your rights to you, remain silent except for asking to call an attorney. Depending upon the age of the victim, you can be charged with sexual assault on a child, which just adds another level of seriousness to the crime.

It really won’t matter to your family, friends or your employer that you thought you were dating or talking to someone who was legal. If you get arrested for sexting or other sexual activity involving children and it gets out, it’s going to damage your life and future.

Cops are taking a hard line when it comes to making arrests and gathering evidence from accusers of sex crimes, so that charges are likely to stick. For knowledgeable, professional criminal defense representation you need to call Drew Cochran, Attorney at Law. Police gain an advantage the longer you wait to get legal help. To schedule your free case consultation in Annapolis or Ellicott City offices, call 410-271-1892, or go to my firm’s contact page.