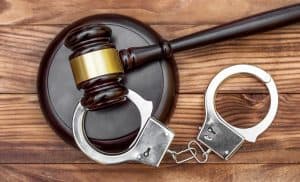 Unlike most of us, celebrities and the high powered elite are known for being given the benefit of the doubt when they’re accused of committing crimes, and then getting a slap on the wrist. O.J. is living proof of that. Unfortunately, it may not work out that way for many people from Jeffrey Epstein’s circle of friends now that Ghislaine Maxwell, Epstein’s right hand woman, was arrested.

It appears that Maxwell is smart enough to leverage the bombshell information she has about Epstein’s thoroughly illegal child sex ring to help herself out of a jam. That can’t be good for a lot of wealthy people who had hoped Epstein’s death and Maxwell’s disappearance meant their secrets of engaging in sex crimes would be safe. They thought wrong.

Why is Maxwell so important?

Ghislaine Maxwell is very possibly the only person left on earth likely to know every detail of Jeffrey Epstein’s illegal pedophile ring that operated for two decades. She should know since she was part of it. That means she holds the key to not only the financial aspects, but who the victims are, locations the abuse took place -and who the perpetrators are. All of them.

If you haven’t quite followed this story, the list of individuals who associated with Epstein and Maxwell is long and distinguished. It includes high-level politicians and presidents, celebrities, and some of the wealthiest business moguls in the world -big surprise. One of the biggest interests of prosecutors right now is securing a statement from Prince Andrew, who was a fairly close friend of Maxwell and Epstein.

That list can provide a pretty big take-down for prosecutors and make their careers while destroying a lot of powerful people.

Maxwell was largely in control of supplying girls as young as 14 years old for the sexual entertainment of Epstein, herself, and others who attended parties in his home and on his private Caribbean island. You have to admit, for running an underage sex ring, these people didn’t skimp on amenities. They even had a jet nicknamed “Lolita Express,” which Maxwell is alleged to have used as a party bus in the sky for underage sex parties.

While the government may add more charges as they continue investigating her role in things, Maxwell is currently being indicted for:

Maxwell is facing some pretty serious charges but remember, you still have a chance to:

In Maxwell’s case, she’s facing 35 years in prison and the evidence against her is pretty solid. Her most beneficial strategy is to cooperate and cut a deal. Something her attorneys were no doubt working to secure before she was arrested without incident.

Gee, maybe Maxwell is a “suicide” risk, too?

Since she’s apparently chosen to cooperate, it seems that even the government is a little hesitant to trust Maxwell’s safety to just anyone. I wonder if this could have anything to do with Epstein’s (cough, cough) convenient “suicide” when he was in custody? Despite her alleged involvement she’s being treated like a high value witness. Maxwell’s location is unknown, having been placed into the custody of the U.S. Marshalls who are not taking any chances that she might accidentally die before making it to trial. Anyone else thinking witness protection?

No matter what type of sex crime you’re being accused of, you have a right to a strong criminal defense. When you’ve reached the level of crime that these people have, find a resourceful sex crimes attorney like me who can help make any valuable information you hold work for you.

If you’ve been charged in Centreville, Annapolis, or Ellicott City, schedule your free consultation for criminal defense representation with Drew Cochran, Attorney at Law in his Annapolis or Ellicott City offices by calling 410-271-1892, or by reaching out to him through his firm’s contact page.