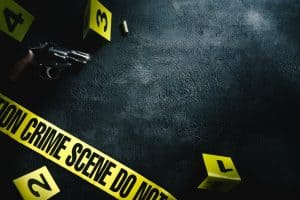 But just in case you’re one of the few who aren’t familiar with the hit podcast, lemme give you a quick rundown on Season One.

Back in 1999, high schooler Adnan Syed was accused and later convicted of master-mining a murder plot (with witnesses, BTW). He then outsmarted career police officers for almost a month and a half before being arrested for the murder of his ex-girlfriend, Hae Min Lee. It was, and is, still news all these years later because of the publicity surrounding the way the case was (mis)handled.

Look, you may think he’s 300% guilty in your gut, but you have to admit that there were some pretty substantial slip ups in this case. If your life was on the line, wouldn’t you want everyone to do their best to make sure you got a fair shake before putting you away for life on a murder charge?

Your lawyer hurt your case, kid!

That’s right, I said it.

Adnan Syed was found guilty of the murder of Hae Min Lee, but could he have had a better shot at being found innocent with better legal representation? Lawyers are human but they also have a duty to follow leads, do research, and investigate facts on both sides of the case – all actions his original attorney failed to take.

Adnan was a teenager at the time he was arrested, and he and his family placed all of their trust into his lawyer because, well, what else were they going to do? It’s been widely publicized that she was dealing with serious personal health issues at the time she worked on his case, which is sad. But when your life and freedom are on the line, you don’t want an attorney who drops the ball.

Adnan’s lawyer at the time, Cristina Gutierrez, was found to be ineffective counsel on another case just two days before taking Adnan’s case. Among other errors she made in that case, she failed to call her own expert or to cross-examine the state’s expert to contradict the lividity period of the victim. Gutierrez died in 2004 but not before being disbarred just a year after Adnan Syed was convicted. She had multiple complaints from clients alleging she never filed their claims, she mishandled client funds, etc etc.

What could have brought an acquittal?

And here’s where Serial comes into play. The journalism in that podcast uncovered evidence and errors made that gave enough backing to ask the Maryland Court of Appeals for a new trial.

Two lower courts believed Adnan deserved a new trial, but in March 2019, the Maryland Supreme Court, which agreed that Adnan’s defense was “deficient,” refused to grant one. You heard that right – the court knows that his attorney royally messed up but isn’t going to give him a chance to undo the damage or get out of prison. If you initially hire the wrong attorney, that could be you.

If Gutierrez had been more diligent in her representation, the case may have gone Adnan’s way, but he’ll never know that now. Every case is different, but errors Gutierrez should have been able to avoid making include:

Making some mistakes is a part of being human, but making a series of them because she was asleep at the wheel very possibly affected the outcome of Adnan Syed’s case. Even more, it may mean that Hae Min Lee’s killer got away with it.

Being charged with homicide is incredibly serious. Do you really want to risk using a public defender or apathetic attorney who doesn’t have a lot of motivation to dig into the evidence and fight for your life like it’s his or her own? If the answer is no, then it’s time to call my law firm: Drew Cochran, Attorney at Law. Call 410-271-1892, or reach through my contact page, and schedule your consultation with me in Annapolis or Ellicott City.