Who Knew Banjos Could Be Deadly? 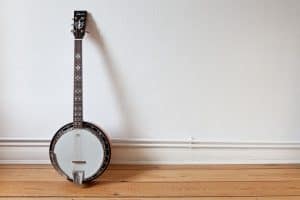 It’s pretty hard to go a single day without hearing about a killing. Whether it happens to someone in our own area or across the country, nobody is truly shocked anymore, right? Typically it ends up being something common like a shooting or stabbing. Maybe someone with serious road rage ran someone off the road with a car, or an abused spouse finally decided to lay a beating on his or her partner for a change.

Every great once in a while, though, someone gets creative and makes use of his or her surroundings to commit murder or manslaughter. Some choices of weapon are so weird that they could never have been contemplated when creating a criminal statute. Don’t start thinking that you’ve found a murder loophole in the legal system. Prosecutors will find a way to make it fit in somewhere. They certainly did for the weapons discussed below.

When you think about what you’d use to protect yourself if someone burglarized your home, your mind probably leaps to typical weapons like a kitchen knife or a baseball bat. What do you think burglars might use if they unexpectedly encounter a homeowner? Even when the violent encounter boils down to a domestic fight you probably wouldn’t think to use these, but they get points for resourcefulness.

Airports aren’t even safe zones from the weird

If you’ve never worked airport security then you don’t know what you’re missing. You sometimes get a front row seat to some of the oddest weaponry people own. It makes you question why they’re traveling with these items. Even if you aren’t plotting someone’s demise, you’re still breaking federal law by bringing prohibited items into an airport. Depending upon the weapon, you could end up paying a fine or being arrested.

You’re going to need my help if any of these weapons sound like something you’d try to take on a plane:

Using, or even just possessing odd weapons can lead to serious state or federal criminal charges that you’re not going to have an easy time getting out of. If it was self-defense or you have another justifiable excuse, you’re better protected under the safety net of a knowledgeable criminal defense attorney who knows how to maneuver to get you the best outcome possible.

I handle criminal defense throughout Centreville, Annapolis, and Ellicott City so schedule your free consultation today with Drew Cochran, Attorney at Law in my Annapolis or Ellicott City offices by calling 410-271-1892, or I invite you to reach out to me through my firm’s contact page.