Charged with Speeding? These Excuses May Actually Work 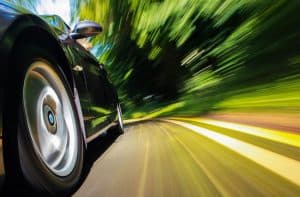 Police are always on the lookout for speeders. Usually, they sit on the side of the road with a radar device to detect how fast you’re going. Once the radar shows a driver is exceeding the speed limit, the driver is likely to be ticketed. Speeding offenses are no day at the beach. Convictions mean large fines, increased insurance premiums, and possible loss of driving privileges.

There are many defenses your lawyer may use. A common defense is to contest the validity of the radar test. Often, police officers are willing to reduce the charges, such as from 20mph over the speed limit to 10mph, in return for a guilty plea.

Bestlifeonline.com revealed a variety of speeding defenses that may also work in exceptional cases – depending on the facts and how understanding the police officer is. These defenses include:

You need to go the restroom – now

Everyone’s been there at some point. You need to go to the bathroom immediately. The key is – you really do need to go in order for this excuse to have a chance of working. A lot may depend on where you were speeding and whether it looked like you might be looking for an exit or a place to stop.

You give the officer a friendly wave – and immediately slow down

If it looks like you understand you were going over the speed limit and are sorry about it – that might help the officer feel a little more generous towards you. The wave and slow-down are signs that you didn’t really know you were going that fast.

You were speeding to avoid an accident

There are cases where the traffic is such that the only way you could avoid a crash it to speed up. For example, if someone is tailgating, speeding up may be the only way to avoid getting hit in the rear. Sometimes, this choice of evils defense can work. Of course, it needs to be clear that other alternatives such as pumping your brakes weren’t an option.

You needed to speed to avoid another vehicle

You were traveling with the flow of traffic

There are some interstates, for example, where everyone goes over the speed limit. Driving at the regular speed limit may actually be unsafe. In most cases, this defense relies on the mercy of the police officer. In some states, such as California, defendants can argue in court that the excessive speed was appropriate.

Drivers are presumed to know the speed limits of the roads they are one. Still, it may work to argue that there wasn’t a visible sign or indicator that the speed limit had suddenly decreased.

At Drew Cochran, Attorney at Law, our experienced Annapolis and Ellicott City criminal defense lawyer has been fighting for 20 years on behalf of anyone charged with a crime. We fight to show there’s a reasonable doubt you committed the offense. In speeding cases, we use every factual and legal defense available to obtain an acquittal or to negotiate the charge to a lesser offense. For help with any traffic ticket charge or any misdemeanor or felony charge, call us at 410-271-1892 or complete our contact form to schedule an appointment.