What Happens After You Get Arrested? 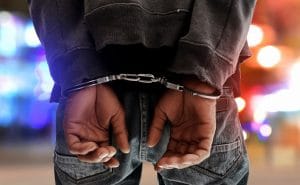 Pretend for a moment that you are the type of person who commits crimes – a “criminal,” one might say – and after a night of alleged criming, you are caught by the police and arrested.

Well, you’ll be processed and will likely have to spend an initial night in jail, and they you’ll need a lawyer – but let’s go step by step.

At the time of the arrest, the police are required to inform you of your Miranda rights, which typically go like this:

Second, they’ll look at your stuff

At the time of the arrest, the police may also search you and your surroundings to see if you have any weapons, stolen items, or criminal evidence. They may seize your car. They may also take any money and personal property, provided they give you an inventory of what they’re taking.

This isn’t illegal because they allegedly caught you committing a crime. If you’re in the commission of a crime, cops can look at (and take) your stuff. They’ll still need warrants for some searches, though. For example, if you get busted for DUI, they can’t search your house.

Third, you go to the station

If you are arrested, the arresting officer will likely drive you to the local police station. At the police station, you will be booked. The police do have the right to ask certain informational questions such as your address and date of birth. The booking process also includes:

What court hearings are required at the initial stages after your arrest?

The three initial hearings after an arrest are:

After the preliminary hearing, an experienced Annapolis criminal defense lawyer may file a motion to suppress any illegally obtained evidence and other pre-trail motions to help your defense.

At Drew Cochran, Attorney at Law, we help clients at every step of the defense process. If you’ve been arrested in Annapolis, Ellicott City, or anywhere in Maryland, get the help you need. Please call us at 410-271-1892 or complete our contact form to schedule an appointment.