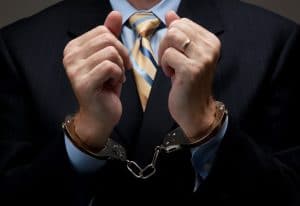 Interesting news out of the Department of Justice (DOJ). Recent records show that prosecution of white-collar offenders has reached the lowest point since tracking began during the Reagan administration.

Data published by the Transactional Records Access Clearinghouse (TRAC) at Syracuse University found a 25 percent dip in the number of prosecutions in January 2020 as compared to January 2015. This data was obtained through the Freedom of Information Act. The most frequent charge was white-collar crime related to wire, radio or television fraud.

Wrote Bloomberg, “The Justice Department under Trump has shifted its focus from traditional white collar cases, like big securities prosecutions, to immigration and the sort of corporate espionage targeted by the DOJ’s China Initiative…Immigration-related offenses accounted for more than half of federal prosecutions in fiscal 2018.”

Some of TRAC’s findings include:

What counts as white-collar crime?

If you have a management or executive role at your job, you could find yourself as a suspect if something goes awry at your company. White-collar crime can go on for years without detection. If you think you might be the target of a white-collar crime investigation, or are afraid you may have committed a white-collar crime, you should seek legal advice as soon as possible – it’s not too late to protect yourself. For experienced criminal defense, talk to Drew Cochran, Attorney at Law. Call 410-271-1892 or complete my contact form to schedule a meeting in my Ellicott City or Annapolis office.