Stuff You Really Should Tell Your Attorney 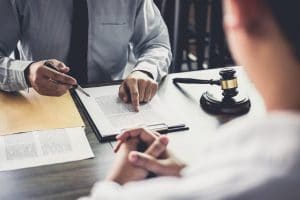 When you’re facing criminal charges, whether you’re guilty or innocent, facing the criminal justice system is nerve-wracking. Your attorney is there to help you navigate the system and help you avoid criminal penalties and conviction. There’s a lot at stake, and sometimes nervous clients fail to divulge certain facts to their attorney about their case.

Sometimes clients might not want to reveal information they find embarrassing, or facts they feel might ruin their chances for a positive outcome. However, in our experience, this information will come out eventually, and when attorneys know about those facts beforehand, they can build a strong defense by taking that information into consideration.

When important information takes your attorney by surprise – even information you may not think is pertinent – your lawyer may not be able to build a strong defense on your behalf. Recently, we ran across some stories on Reddit*, where attorneys shared anonymous and hair-raising anecdotes about clients who failed to share crucial information with counsel – and what happened as a result.

Although these tales might be entertaining to read, you can see how leaving out certain details can change the outcome of an entire case and leave your attorney helpless.

Listen to your attorney’s advice

One lawyer had a client charged with shooting and paralyzing a victim. Although there was a witness, that witness was potentially biased and their testimony would likely not hold up in court. The client wanted to fight the case, claiming he was not at the scene of the crime. His attorney stressed the importance of being honest, client-attorney confidentiality, and noted that he could secure cell phone records to prove the client was not at the scene and cement his alibi.

Months later, the cell phone records indeed showed the defendant at the scene of the crime and even implicated one of his friends. If the client had been honest in the first place, his attorney could have worked on a plea or lesser charge, but instead the defendant handed the prosecution a slam dunk.

Tell your lawyer all the details – it can help

This case had two defendants and two attorneys defending a robbery. Attorney One stated in their closing argument that there should have been a police lineup during the initial investigation, as the suspects were brought into the station at the same time the victim was there making a report.

Defendant Two turned to Attorney Two and remarked that there actually had been a police lineup, and neither defendant had been positively identified. Attorney Two found nothing in his files regarding a police lineup and brought up that fact in his own closing arguments. Upon hearing that a police lineup had, in fact, occurred, the prosecution was stunned and the hearing was suspended.

When the hearing was reconvened, the police officers testified that they forgot to finish the police lineup report and never entered it into the file. The case was thrown out for irreparable harm to the trial.

Really, tell them everything, even if you’re embarrassed

Another attorney had a client accused of theft. The prosecution claimed to have him on video committing the crime, and it appeared to be the defendant. The case went through nearly nine months of motions and hearings, costing the client thousands of dollars. Shortly before jury selection, the client mentioned something to his attorney about “b.s.” and “jail.” When his attorney stopped and asked him what he was talking about, the client mentioned – for the first time – that he had been in jail in another county when the alleged theft occurred.

Within 20 minutes, a phone call and a fax, the case was dismissed. This client wasted months and thousands of dollars because he was embarrassed to tell his attorney he had a prior arrest.

*These stories have been edited for clarity and privacy

Remember, your attorney works for you, but they can’t help you if you don’t help them. A thorough picture of your situation allows us to provide thorough defense. For experienced legal representation, talk to Drew Cochran, Attorney at Law. Call 410-271-1892 or complete my contact form to schedule a meeting in my Annapolis or Ellicott City office.