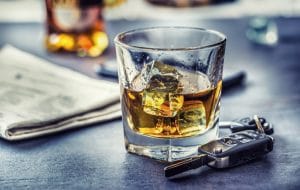 Summer is here, folks, and so my work begins. Statistically, summer months always see an increase of certain types of crimes (heat makes people nuts, you know?) and injuries, which is why a lot of my colleagues call this the 100 Days of Hell.

For me, it’s not the heat that drives my business, but the holidays: lots of BBQs and backyard parties end up with someone drunk behind the wheel when they shouldn’t be. So this year, I’m gonna see if I can keep someone of you from needing an Annapolis DUI attorney entirely by addressing the questions I hear more often. I hope my answers convince you to call an Uber instead of grabbing your keys.

What happens if I’m pulled over for a DUI/DWI in Annapolis?

After that, you’ll likely be asked:

You will then be driven to the local police station and be asked to submit to another breath or chemical test. You will NOT be informed that you can ask to speak to an attorney, but you can – so before you agree or refuse to take that test at the station, call a lawyer.

Note: that roadside breath test? It’s inadmissible. But the test at the station CAN be used against you, so you should think carefully about what you want to do there.

What are my rights if I get pulled over at a DUI checkpoint?

The same as they are if you get pulled over for DUI anywhere else, but with one major exception: if you can legally avoid a checkpoint, you should.

What I mean is, if you get pulled over on Main Street or West Street, you’re pretty much stuck there. But if you see an upcoming checkpoint and can get yourself out of the line in a way that is safe and legal, you can do that.

If you cannot, you can:

Can I get arrested for a DUI/DWI in Annapolis?

Yes, you can if the officer who pulled you over has reason to believe you are operating a vehicle under the influence of alcohol or drugs. You can get arrested even if you refuse the tests – in fact, you almost certainly WILL be arrested if you refuse the tests – which is why I think it’s better to refuse to take them. Gives them less evidence to use against you in a case.

What happens if I get arrested for a DUI/DWI in Annapolis?

If you are arrested, you will be brought back to the local police station and given a Breathalyzer or chemical test. Then:

You will be given some paperwork that tells you to report for a preliminary inquiry with a District Court commissioner, who explains the charges and says you can have a lawyer. If you’ve already gotten your DUI lawyer, then you skip this part.

After that, you decide if you want to plead guilty or not guilty. If you plead not guilty, then we set a court date and prep for the fight.

Will I go to jail for a DUI conviction in Maryland?

Potentially. If you plead guilty or are found guilty of DUI, you might go to jail.

If you are found guilty or plead guilty to DWI, you might go to jail.

Will I lose my driver’s license for a DUI conviction in Maryland?

Yup. But it’s not part of the DUI, exactly – it’s a punishment from the Motor Vehicle Administration. It’s why you can lose your license temporarily for refusing a breath test.

How much money will a DUI conviction cost me?

Potentially thousands of dollars. You may have to pay:

This is all assuming, of course, that you’re able to keep your job. Certain industries and job sectors have morality clauses, and you can get fired for a DUI. If you’re charged with a felony – because, God forbid, someone got hurt – you can los your professional license as well as your security clearance.

Is it worth it to hire an Annapolis DUI defense lawyer?

It absolutely is. If you’re pleading not guilty, you REALLY want a lawyer. The best way to avoid all those fines and penalties is to win your case, and guys like me are the ones who know how to win DUI cases. We’re also the ones who have the best chance at negotiating a better plea for you if an outright dismissal is impossible.

At Drew Cochran, Attorney at Law, we have the skills, experience, and resources to help you with your DUI charges from the moment you’re pulled over and through a trial – but we can only help if you give us a call. To schedule a consultation at our office in Annapolis or Ellicott City, please call 410-271-1892, or complete our contact form.