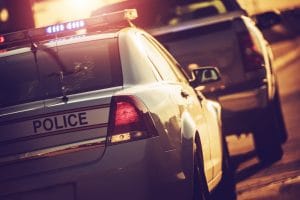 In the eyes of law enforcement, driving under the influence (DUI) and driving while impaired (DWI) are pretty much the same risks. Whether you have been drinking or inhaling some type of substance, the effect on your ability to drive has been compromised – or at least that’s what we’ve been led to believe.

Results from a recent study on driving performance, however, may have the general public questioning whether all marijuana leads to driving impairment or just a particular strain. Based on a study published in the journal Traffic Injury Prevention, the abilities of 10 drivers were judged after “cannabis inhalation.” After being asked to rate their own perceived impairment level, drivers were asked to perform some basic tasks on a driving simulator. The drivers in the study who perceived themselves as feeling more stimulated after cannabis use experienced a positive effect on their performance.

The results of this study are in no way, shape, or form used to imply that driving while smoking marijuana is safe. Instead, the results of this study show that other factors – such as the cannabis strain consumed and the user’s tolerance – may play a role in lowering an individual’s impairment level. Still, it would be best for you to avoid driving while impaired. Regardless of what studies are being conducted, you do not want to take that chance and potentially risk your driving privileges.

Drew Cochran, Attorney at Law discusses driving while impaired and driving under the influence in today’s blog.

What’s the difference between DUI and DWI?

Despite what many people think, there is a difference between driving while under the influence (DUI) and driving while impaired (DWI). Driving while impaired is the less serious offense between the two, though the repercussions for DWI can be severe. You can be arrested for a DWI charge when you are operating a motor vehicle while under the influence of either alcohol, a drug, or a combination of both. With a DWI charge, however, your blood alcohol concentration (BAC) must be between the 0.07 and 0.08 limit.

Driving while under the influence (DUI), on the other hand, is a more severe offense. To be arrested for a DUI charge, you have to possess a BAC level of 0.08 or more. When your BAC level is over 0.08, it is assumed by law enforcement that you are under the influence of alcohol. It is important to note, however, that an arrest for a DUI charge does not automatically mean a conviction. The punishment for your DUI can depend upon several factors, such as whether there was an injury or if this was a repeat offense.

What is the definition of implied consent?

Implied consent laws are laws that are implemented not just in Maryland, but in all states. Under this law, any person with a driver’s license has automatically consented to and given police permission to perform a chemical test to determine the presence of alcohol in their system. A chemical test can be issued as either a blood test, a breath test, or a urine test. It is important to note, however, that implied consent only applies to drivers who have been legally detained under the suspicion of driving while intoxicated.

You should also know as the driver that you have the option to refuse either a blood test, a breathalyzer test, or a urine test. Drivers cannot be physically forced to perform either one of these tests. However, should you decide to refuse a chemical test, you subject yourself to additional penalties.

What happens if I refuse to consent to a chemical test?

The additional penalties for refusing to consent to a chemical test include immediate suspension of your license and installation of an ignition interlock system into your vehicle.

When you refuse a breath test, your driver’s license is automatically suspended. In fact, your driver’s license will be suspended for 270 days if you refuse for the first time. The police officer will confiscate your license, issue you a 10-day temporary license, and forward the refusal certification to the MVA. In this case, you have the option of challenging the suspension by requesting an MVA hearing within ten days of your suspension notification. If the suspension is upheld, the driver will continue to serve his or her 270-day suspension.

In addition to a license suspension, the only way for you to retain your right to drive again in Maryland is to agree to the installment of an ignition interlock system in your vehicle. An ignition interlock system is a breathalyzer-like device that is connected to a vehicle’s ignition system. Once this system is installed, the vehicle will not start until someone with an alcohol-free breath breathes into the device.

This option comes with certain challenges for you, the driver. The state will not pay for this additional expense, meaning you must come out of pocket to install this device into your vehicle. Being required to blow into the device to even start your vehicle can also be a challenge.

What are the penalties for DWIs and DUIs?

There’s a lot at stake with a DUI/DWI charge. Trust my experience and knowledge to defend you when you need it the most. When it comes to defending my clients against DUI or DWI charges, I use my 18 years of experience to develop a unique and effective strategy for each individual case. If you are facing drunk driving charges, call me in Annapolis or Ellicott City today at 410-271-1892, or complete our contact form to schedule an appointment.