You’re Supposed to Break OUT of Jail, Not INTO It 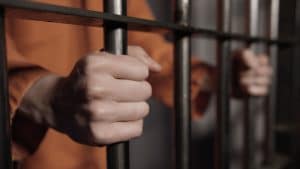 As a criminal defense attorney, one of my biggest concerns is that my clients will make things harder on themselves during interrogations. Even an innocent comment can (and will) be twisted to help build a narrative against a person charged with a crime, so I always tell my clients not to talk to anyone but me, and not to talk to anyone unless I’m there. I don’t want them trying to be “helpful” when I know that all it’s going to do is hurt them, because cops are not your friends when you’re facing criminal charges.

Last month, a correctional officer from Maple Street Correctional Center in California saw a man sitting in the lobby who at first appeared to be an inmate who had left his cell. When he noted the man was wearing street clothes, he detained him.

And with good reason. Surveillance later showed that the dude had climbed over an exterior and interior fence before somehow scaling to the second-floor patio where he entered the building. The 35-year-old claimed to be escaping a man with a gun, and also allegedly admitted to being under the influence of meth and alcohol at the time. On top of that, he had other peoples’ credit cards in his possession. He pled not guilty to several misdemeanor charges.

I can only imagine hearing the guard’s rendition of that story.

Anyway, I think it goes without saying, but breaking into jail is the wrong way to go if you want to avoid charges and conviction. Of course, the obvious issue is the convenience of immediate arrest by the cops – who make pretty credible witnesses, as it were – but there’s more. For a situation like this case, the defendant could be facing both state and federal charges if the facility was federal property.

NOTE: It’s always a bad idea to break into government property as there will often be additional penalties.

That being said, if you are facing criminal charges regarding trespassing or breaking and entering, it is good to know what the law actually says. Understanding your charges and the potential convictions is a crucial preparation element. Let’s look at the what the laws are for the state of Maryland and how the aid of an experienced attorney can impact your case dramatically.

Breaking and entering in Maryland falls under its burglary laws

According to Maryland law code, there are four degrees possible when it comes to burglary charges. Understanding the differences between them can help strengthen a criminal defense case.

To put it more plainly, the main differences here have to do with intent and place. First degree requires intent to steal and from another person’s residence. Second degree is for breaking and entering with the intent to steal from another’s property that they do not necessarily reside in. Third degree only specifies “the intent to commit a crime”, therefore the crime does not need to be theft. And lastly, fourth degree drops to a misdemeanor as it involves breaking and entering without intent, or trespassing on another’s property with intent.

So, what classifies as trespassing in Maryland?

Intentionally entering, or remaining on, someone else’s property without their explicit authorization is considered trespassing. Maryland code states that a person may not enter or trespass on posted property. If found guilty, the violator is guilty of a misdemeanor and faces increasing penalties depending on violations. The first violation includes imprisonment up to 90 days or a fine of $500, or both.

The main distinction between burglary and trespassing comes down to method of entry and intent. There is a huge difference in penalties between a trespassing misdemeanor and a burglary felony, so for this reason, you want a skilled lawyer on your side to help you navigate any charges you may be facing.

Malicious destruction and other crime pairings

There’s always a possible additional charge of malicious destruction to property. The state laws says “A person may not willfully and maliciously destroy, injure, or deface the real or personal property of another.” Well, if you are facing charges for burglary or trespassing, there is a solid chance you may see a charge for malicious destruction too. I mean, it’s hard to “break” and enter without destroying some property in the process.

Therefore, it comes down to how much the damage will cost. A violator who causes damages of at least $1,000 to property is guilty of a misdemeanor and may face jail time of up to 3 years or a $2,500 fine, or both. If a violator causes less than $1,000 to property than they are guilty of a misdemeanor and can go to prison for up to 60 days or pay $500, or both.

Confused? I get it; that was a lot of specific legalese to take in. You may have even more questions now regarding your case.

Good news is, that is why I do what I do.

Facing serious criminal charges is a daunting and scary place to be. There are a lot of questions to ask, laws to understand, and of course, a lot on the line. I am a skilled and experienced attorney who is ready to aggressively represent you and help fight against your criminal charges. For nearly two decades I’ve been helping defendants assert their rights and challenge each element in a case. With something as serious as your future, you want the guidance of an experienced Annapolis criminal defense attorney.

Get someone on your side today who will advocate for your rights under the law. Drew Cochran, Attorney at Law, proudly provides effective, accessible, and knowledgeable legal representation for clients facing criminal charges in the Annapolis or Ellicott City. Call my office at 410-271-1892, or complete a contact form to schedule an appointment.