In a Rush? Here’s What You Need to Know About Speeding in Maryland 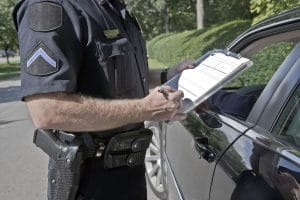 Remember in the early days of the pandemic, when (allegedly) you could watch cops just waving speeders by on the highway?

Those days are gone, my friends.

As more and more people obtain their vaccinations for COVID-19, the police are pulling more and more off the road for speeding. Speeding violations can be very expensive and have serious consequences. The fines increase the more you go over the speed limit. Your insurance premiums will go through the roof. If you accumulate enough points, your license can be suspended. If someone is hurt or killed in a car accident due to speeding, you can be charged with felony offenses. You’ll also likely be a defendant in civil lawsuits brought by the victims.

At Drew Cochran, Attorney at Law, we’ve been defending drivers charged with traffic violations for 20 years. We assert every legal and factual defense available including challenging the validity of the radar tests used to analyze your speed. While we have a strong track record of success obtaining dismissals, acquittals, and plea reductions, the best way to avoid criminal charges and civil complaints is not to be charged with speeding in the first place.

Make sure you stay in the right lane

The police can’t watch everyone on the road. They are inclined to watch the traffic lanes where the most serious speeders are traveling. This means police generally watch the left-hand most lanes first, the middle lanes second, and the right-hand lane last. If you’re traveling in the right lane, you’re letting the police officer know that going fast isn’t your highest priority. Plus, it shows you’re following the laws that require you to stay in the right-hand lane if you’re not passing anyone, so you may not register on their radar (literally or figuratively) if you’re far away, or if other cars are going the same speed.

What are the speed limits on Maryland’s highways

According to National Speed Limits:

What are the speed limits on non-highway roads in Maryland?

According to the Maryland “maximum limits” statute, the following speed limits are required:

Police officers in and near Annapolis and Ellicott City can charge you if you are traveling even one mile per hour over the speed limit. As a practical matter, police officers generally target drivers traveling 10 mph or more over the speed limit, but that’s not always guaranteed. Some of these guys are out for blood when it comes to tickets. If the flow of traffic is doing 70, though, you can get hurt if you don’t try to keep up, so just be careful.

Note: the speed limit is 55 everywhere on the eastern shore, and they will pull you over, so ease up on the gas there.

Be sure you have your license and registration

In Maryland, officers will check your driver’s license, car registration, and insurance information. You need to be sure you have these documents in your car or on your person. If you do not have the correct documents with you when the police stop you, you could have to pay substantial fines and may lose your driving privileges.

How else can you reduce your risk of a speeding ticket?

The obvious answer is, don’t speed, right? But according to Best of Life, there are some other things you can do to reduce the risk of a speeding ticket:

At Drew Cochran, Attorney at Law, our experienced Annapolis and Ellicott City traffic defense lawyer aggressively fights speeding tickets. We’ll review whether the police had grounds to stop you and whether the police have the evidence to prove their case. We’ll assert any defenses such as that safety demanded you go above the speed limit that applies. Many cases are resolved before the court hearing. We’ll also represent you at the Motor Vehicle Administration (MVA) hearing to fight to preserve your good driving record. If you’ve been charged with speeding or any other traffic offense, call us today. You can schedule an appointment by calling 410-271-1892 or completing our contact form.