Laws Set the Boundaries for Legal and Moral Behavior. Understand Them Before You Break Them. 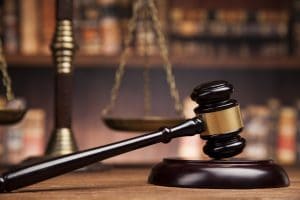 Legislators and courts often evaluate laws, regulations, and rules based on:

Every time legislators pass laws, they are setting boundaries between what conduct is considered acceptable and what conduct is not acceptable. Many states shift these boundaries with time. For example, almost every state used to make any possession of marijuana illegal. Now, some states are permitting marijuana if it is for medical use, or the amount is a small recreational amount.

Every time a judge sentences someone, the judge is reviewing what boundary lines a defendant crossed. The judge considers more than just the statute that was violated. A judge will increase the penalty (by deciding another boundary line has been crossed) by examining whether the defendant has a prior criminal record. Repetitive offenses are judged more harshly than first-time offenses.

A classic example of rules and boundary lines: driving

Even when there aren’t laws in place, there are boundaries that separate people who care about other people from people who only care for themselves.

Driving is not just based on compliance with the local traffic laws. There are many times when drivers should drive below the speed limit to protect other drivers, pedestrians, their passengers, and themselves from physical harm. If the rain starts pouring while you’re driving, you need to adjust your speed to driving conditions. You need to turn on your lights so other drivers can see you. You need to think about pulling off to the shoulder of the road if you cannot see.

Many people cross boundary lines every day. A common example is when you shop in your local supermarket. There are criminal lines that you can’t cross. You have to pay for the grocery items you take out of the store. Generally, the store owner must respect your boundaries too – by waiting to arrest you for shoplifting or theft only when you’ve left the checkout line – so it’s clear you were trying to avoid payment.

Other simple supermarket conduct may not cross criminal lines, but they can cross lines of respectable behavior. For example, shoppers need to wait their turn in the checkout line. It’s common courtesy to pay for just one item with cash. There’s the classic Larry David episode of Curb Your Enthusiasm where a woman tries multiple free samples of ice cream, only to end up buying – vanilla.

One of the most frustrating lines that people cross is the express checkout line. Most lines state that you should only use them if you have a set number of items – like 10 items or fewer. If you have 10 or fewer items, no problem. Got 11 or 12 – we can let that slide. But 30 items? Come on! If you buy 30 items, you need to be in the regular checkout line. Or maybe you just use a delivery service.

At Drew Cochran, Attorney at Law, our seasoned Annapolis and Ellicott City criminal defense lawyer asserts every factual and legal defense possible for you without regard to why you may have violated the law. Our job is to help you obtain a dismissal, an acquittal, or a plea negotiation of the criminal charges. We fight aggressively to clear your name and keep you out of jail. If you’ve been arrested for any crime, call us at 410-271-1892 or fill out our contact form to schedule an appointment.