Should I Tell My Boss if I Get Charged With a Crime? 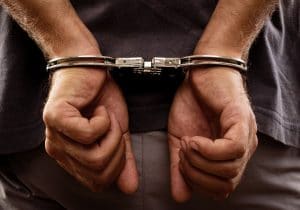 We’ve all made mistakes. Maybe we had too much fun one night, or just weren’t thinking, and we wind up with an arrest, maybe even a conviction. Great. This is a headache to begin with, but even more if you work somewhere that can punish you if you’ve been convicted with a crime. Don’t panic just yet. Some jobs cannot discipline you for crimes you committed off the clock. There are laws in place for this sort of thing, but it varies state to state.

Should you tell your boss that you’ve been arrested or charged with a crime during the course of your employment? The answer is usually, “it depends.” That means if you have a contract with your employer that states that you must disclose any arrest or conviction you obtain while employed, then you could be terminated from your position if you do NOT inform them. If you do not have a contract like this, then you do not have to tell anyone at your job about your conviction, though if your conviction is discovered, your boss might find you untrustworthy for keeping this from them, and fire you for that.

If arrested and/or convicted of a crime, you could end up having to miss work to attend hearings or serve jail time. In cases like these, you may not be able to hide your arrest or conviction from your employer. You may have to violate your employer’s attendance policy, which could on its own be justification for termination.”

An employee may prefer to inform his or her employer of pending charges so that the employer finds out directly from the employee. An employer may think this shows more character. A worker may have the opportunity to tell his or her side of the story ,and may prefer to, because he or she wants to remain employed. However, talking about an ongoing case can have other implications and may make the employer an unwitting witness, so it is important that the employee talk to legal counsel first before discussing the case with someone else.

For a better understanding of your rights, let’s go over at-will states. “The term at-will employment is a legal term meaning that an employer can terminate an employee for any reason without warning. However, an employer cannot fire an employee if the reason for doing so is illegal or discriminatory, such as firing someone because of their gender, race, or religion.” Maryland is one of these states. Unfortunately, that means that your employer could fire you for any reason so long as it is not for an illegal reason.

In an at-will state, your boss can fire you for a myriad of different reasons, including:

While getting arrested is not a legal reason for some jobs, “[s]ometimes an employee may be validly discharged not because he or she was arrested but because he or she failed to report it in violation of a contract or policy. In some situations, an employer may not take any action after the arrest but may terminate the employee upon a conviction.”

Really, you can be fired for most anything you do that your boss does not approve of. Fortunately under Title VII of the Civil Rights Act of 1964, employees are awarded some protections concerning arrests and convictions.

An arrest is not a conviction. You may have been arrested for a crime, but so long as you haven’t been convicted, then you are still considered innocent. This is a big factor when it comes to your job. Your employer cannot fire you if you are simply arrested, especially if the crime you were arrested for has no impact on your job.

“Title VII calls for a fact-based analysis to determine if an exclusionary policy or practice is job related and consistent with business necessity. Therefore, an exclusion based on an arrest, in itself, is not job related and consistent with business necessity.” However, an arrest could trigger an inquiry from your boss into your criminal background. If you have a criminal record, you may wish to look into getting your record expunged.

If you’ve been convicted of a crime before or during your employment, then according to Title VII there are three factors that are considered when determining whether to hire/fire you for/from your position. These are called the Green factors, and the factors are:

Basically, your boss wants to know if the conviction makes you a risk to customers and coworkers, and if it will interfere with your work in your position.

In the end, whether you should tell your boss or not is up to you and the contract you have with your employer. If there’s nothing in your contract that requires you to inform your boss of an arrest or conviction, then it’s up to you whether you tell them. After that, it’s up to them to decide whether to fire you or not.

It’s a tricky business, and can sometimes lead someone to be wrongfully terminated. If you think that’s happened to you, it’s best to contact a professional. At Drew Cochran, Attorney at Law, we can help. Call me, Drew Cochran, at 410-271-1892 or fill out our contact form, and I can help set you up with an appointment at one of our offices in Annapolis or Ellicott City, MD.