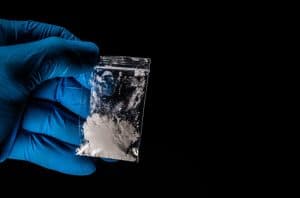 It’s not too much to ask that police know what they’re talking about, right? Of course there are risks associated with their job, but surely they know the actual difference between fact and fiction — right? After all, they have the authority to put people behind bars and charge them with crimes, something that can uproot and ruin a life if they do not have the protection they need. This authority must’ve been earned after rigorous and constant training.

Well…not quite, apparently. It looks like even cops aren’t immune to medical misinformation, and that’s becoming a big problem. Innocent people are being blamed for crimes that do not exist because of risks the police only believe they have been exposed to, and they’re going to jail for it.

Fentanyl “overdoses” are not what they seem

Maybe you’ve seen something about this on the news, because it’s been popping up more and more frequently over the years:

No matter how brief the touch, it seems to cause dramatic consequences many officers live in fear of. Those terrible “druggies” for risking a police officer’s life! And thus, more propaganda is borne, and spread, and “verified.”

Here’s the thing, though: you can’t overdose from just touching fentanyl powder. That is not how it works. Scientists, doctors, and users all know that is not how it works. And yet, for no discernible reason, the vast majority of officers believe otherwise with a ferocity that is darn-near religious. It’s not that they’re lying or making it up, either — the terror seems to be very, very real. When they touch that powder for whatever reason, they genuinely believe they’re about to die of an overdose. This causes a fake “near-death” experience that leaves them feeling a bit wounded and hurt by this imagined attack, and charging whoever was in possession (or even near) the drug with ridiculous things like assault or endangerment of an officer.

Yes, they may be rushed to the hospital. Yes, everyone around them — including hospital workers — seems to take it very seriously. This just shows both the dangers of misinformation and enabling respectively. The medical staff aren’t going to turn away a squad of cops claiming one of their own is overdosing, and everyone around them likely believes the lie as much as they do.

In reality, experts everywhere agree: these overdoses are nothing more than panic attacks, albeit severe ones. Cops are entering the force already afraid of fentanyl exposure, already expecting it to kill them on contact. When that happens, their body reacts accordingly. It’s not controllable, and it’s definitely not pleasant, but it’s also definitely, positively, absolutely, not an overdose. If they’d listened, they’d notice the symptoms are actually opposites of each other. Panic attacks typically lead to hyperventilation, chest pain, and a rapid heartbeat, while fentanyl overdoses cause breathing to slow almost completely and lowers the heart rate, causing sleepiness.

There. Reading that paragraph means you now know more than most cops. My condolences.

How fake overdoses are leading to real criminal charges

As previously mentioned, when an individual is somehow associated with (either in reality or not) fentanyl powder that an officer “overdoses” on, that individual may face some serious charges. Assault is not something any state takes lightly — especially not Maryland — and neither is the perceived endangerment of a police officer. Remember, because the case involves something against an officer, the jury and court is already going to be a bit biased against you. The cop’s word is almost always going to have more weight than yours. It doesn’t matter if you could disprove them with a Google search, and if they feel you’re not taking it seriously, they could just find more things to charge you with. Drug crime charges in Maryland are a big deal, too.

But assuming the officer believes he almost — and could’ve — died from the encounter, you could be charged with assault in the second degree or reckless endangerment. the first one’s a felony and the second one is a misdemeanor, and the chances are good you might get charged with both, if the DA can find a way to make them stick.

Then, of course, you have whatever drug crime the arresting officer believes you should be charged with. Fentanyl is a Schedule II substance, meaning it’s incredibly illegal and they very much don’t like it when people have it. Depending on how many drug charges you are “eligible” for, you could be facing years in prison on top of your assault sentence.

Trust us, these are not charges you want to try to beat alone or with someone you can’t know beforehand like a public defense attorney. These are life-ruiners, whether you’re guilty or not. Unfortunately, there are plenty of people “proven” guilty each day and put in prison who never did a thing wrong.

You don’t want to be one of them. You don’t deserve to be one of them, because no one does. Innocent people do not belong in prison, period. And those who are not found innocent still deserve a fair trial with proper representation and humane sentencing. The right Annapolis criminal defense attorneys know how to build and plead your case on your behalf with the same passion they’d give for themselves. Even if every single charge cannot be dropped, they can work to drop some or most, along with negotiating lesser, fairer sentences. Most drug crimes can have their prison time exchanged for a treatment program or some form of community service — as long as your attorney knows how to get it.

You know who knows how to get it? I do. I know how to get it. I’m Drew Cochran, owner and operator of Drew Cochran, Attorney at Law –. I’m an aggressive, tenacious criminal defense attorney with decades of experience in both assault and drug cases, and I’m dedicated to your justice and freedom. Find me either in Ellicott City or Annapolis for trustworthy representation that can help get your life back on track. To learn more for free, call me today at 410-271-1892 or use my contact form.