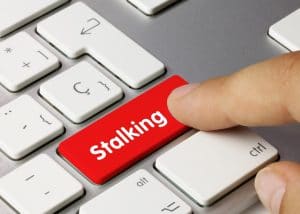 Living as a victim of domestic violence is an emotional and distressing experience. Even when victims can escape their abusers, they can still be harassed (or worse) through online or electronic stalking. Pending legislation in the Maryland Senate aims to prevent abuse via electronic stalking; however, authorities are raising concerns that the new software required to do so could cause more harm than good.

About the anti-stalking legislation

WYPR News reports there are two bills currently in the state Senate looking to redefine stalking, and to require police officers to learn new software to help them in their jobs.

The problem with these bills, however, really has to do with the second bill, SB 134. SB 134 requires all entry-level and in-service police officers to undergo training for specific software programs “certain training related to the criminal laws concerning stalking as they pertain to electronic surveillance or tracking.” While the goal of this law is noble, the realities of it are possibly dire for those already experiencing domestic abuse and stalkers.

Those in favor of the bills, like Melanie Shapiro, the Public Policy Director for Maryland’s Network Against Domestic Violence, testified in front of the Senate committee. Shapiro stated, “76% of women murdered by an intimate partner were stalked, and in addition, those that reported stalking 81% indicated that they were also experiencing some form of physical assault by that same partner. So stalking is an indication of lethality.” On top of that, WYPR also reports that, in 2020, 56 Marylanders died as a result of domestic violence, which is the highest number in over 10 years.

There are a few critical issues concerning these bills that have lots of people rightfully worried. As stated earlier, SB 134 would require police officers to take training on how to use specific software related to electronic stalking. There is some pushback when it comes to that alone, including from the Bowie Police Chief John Nesky.

He believes requiring yet another training course is not the best way for the police to address this issue, as the Police Academy curriculum is already full to bursting: “When legislation keeps mandating entry-level components – the average Academy’s six, eight months now – and that is trying to get all the mandatory objectives in–it just creates such a load on the Academy staff and it keeps pushing the academies longer and longer and longer.”

No one is arguing that electronic stalking does not exist, or is not a problem. Abusers frequently misuse technology as a tool in order to stalk their victims, including:

However, when police officers and recruits are unable or unwilling to learn how to use this proposed software correctly, everyone loses. Victims of domestic violence may be unable to receive the help they need. Alleged offenders may find themselves charged or even convicted on false or incorrect evidence because authorities made errors in using software. Software can malfunction, or any other number of potential violation of rights.

If and when this legislation passes, it could even mean misuse or abuse by law enforcement or anyone who is able to get their hands on it.

Back in June, SCOTUS heard a case called Van Buren v. United States. You can read the decision here, but basically it came down to this: a cop named Van Buren took $6,000 from a guy named Andrew Albo to run a license plate through the system. As it turns out, Albo was part of a larger sting, and Van Buren got busted. Van Buren copped to the whole “taking money to use resources” thing, but his defense was basically that he had the right to run the search, even though he wasn’t doing so for part of his job. He beat a fraud charge as a result.

Let that part sink in: a cop took money to run a license plate for some rando, got caught, got charged with fraud, and then beat the charge because the way the language was written, he technically didn’t commit fraud.

You think he’s the only member of law enforcement do something sketchy? On average, about 1,100 cops are arrested each year for things like theft and assault. Keep in mind there are about 1,000 fatal police shootings reported each year, so already we can see that something is awry with the numbers. I’ve no idea how many actually commit crimes because qualified immunity and the “Blue Wall of Silence” ensures that a lot of bad behavior gets pushed under the rug. But did you know about 40% of police admit to domestic abuse?

Tell me again why you think training cops on stalkerware is going to help victims of domestic abuse.

If you are facing domestic violence charges, it’s crucial you contact Drew Cochran, Attorney at Law to protect your rights. Call 410-271-1892 to schedule an appointment or fill out our contact form. We serve clients out of our Annapolis and Ellicott City offices.