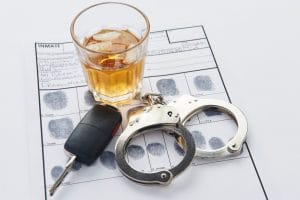 It’s not exactly a leap to say that the point of law is to deter crime. That’s what punishments like fines, jail time, and community service are for, and that is the basis of pretty much our entire justice system. You do the crime, you do the time — as often as needed.

Yeah, this is basically true. It’s certainly the intention behind the creation of criminal justice — bring “criminals” to justice and deter would-be criminals from crossing that final line. That being said, repeat offenders exist, for almost every crime. When people find a crime that really tickles their fancy, they tend to do it more than once, and therefore the law is built to punish those repeat offenders more seriously with each offense.

Meet Charles Smith. This man ran into a fence in Delaware and then tried to leave on foot. Cops essentially followed the smell of alcohol until they could arrest him, which is when they found out he had NINE prior DUI offenses — and yes, his license surely was revoked. Something about controlling a giant, speeding hunk of metal while too drunk to see straight must really resonate with him in a personal way, but we aren’t here to judge him for that. We’re here to discuss just how “in trouble” he was for this. He was charged with several other crimes, including leaving the scene of the crime, and while we don’t know the results of the case yet, we can safely assume he’s going to be spending a long time behind bars and an even longer time away from any motor vehicle.

Every state takes drinking under the influence incredibly seriously, even if the individual laws vary. They especially take those who make drunk driving a habit seriously. Someone who, in their eyes, cannot and will not learn their lesson, is someone who surely just needs to be punished more. That’s why nearly every crime carries more severe consequences the more often the crime is committed, and DUIs are no different.

When it comes to a crime like driving under the influence, Maryland especially is incredibly strict when it comes to punishing repeat offenders, and again, this is done with the intention of deterring the behavior in general. So why doesn’t it seem to work? What is it about repeatedly breaking the same law that people are so wild about? Life isn’t Grand Theft Auto, people! Actions have more consequences than the “WASTED” screen!

Maryland doesn’t bother to list possible DUI consequences for 10-time offenders, because that’s a ridiculous number of DUIs, but they do explain what can happen to third-time offenders. It’s certainly not a light punishment, either:

For offenses beyond third, consequences tend to become a bit more personalized. Imagine the judge is a little boy and you’re the last ant around. He is mad you are still here, and he is determined to find and squish you under this thumb. And it’s not like this is a secret, right? Any licensed driver has heard about the dangers, both legally and otherwise, of drinking and driving. Awareness is everywhere, reminding people how much trouble they could get in or how dead they could become. In theory, these punishments are pretty formidable deterrents! Most people don’t jump for joy at the idea of three years in prison, and yet, Charles Smith exists.

It’s no one’s imagination: studies have found that, indeed, stricter DUI laws do not equal fewer DUIs. Specifically, they do not equal fewer fatal DUI-related accidents — which is kinda the whole point. Any state’s DUI awareness stresses that the reason why consequences are so severe is to save potential lives by preventing potential accidents. If it weren’t so dangerous and deadly, it wouldn’t be taken so seriously by the law. And yet, it doesn’t work. In fact, DUI laws don’t seem to have much of an effect at all.

As baffling as it may seem, it really all comes down to psychology. It’s not that the sentences aren’t intimidating, it’s that people believe they would never get them. There’s a perceived sense of immunity, an idea that they won’t ever get caught. Or, if they get caught, they won’t get charged. It’s the abstract that dampens the effectiveness of the laws — people need to be certain they will face consequences for them to be truly afraid of doing something. Remember that Russian Roulette is a thing that exists, just like Charles Smith.

If someone could be certain that they would be punished to the fullest extent of the law if they got behind the wheel drunk, they would probably not do it. If they think — eh, it’s only 10 minutes, and I hide it well enough, then they probably would.

So, how would that happen? Well, experts have a few suggestions. Mandating ignition interlock devices for all offenders, even first-timers, is a popular idea, and so are sobriety checkpoints (though cops hardly need more excuses to pull people over). It’s going to be a long time of trial and error until the perfect system is devised, and in the meantime, things could get messy.

If you have past DUI offenses, you are especially at risk of being falsely charged with another. All it would take is a cop checking your records at a routine stop for them to make their assumptions and excuses, and then you could be facing a world of trouble no matter what you did or didn’t do. Everyone (aside from your attorney) will be operating under the assumption that you are guilty, which means they will be watching and dissecting everything you say and do like a hawk. If they think you’re a habitual offender, they will be looking for every way possible to maximize your punishments.

That’s why you zip your lips and get someone trustworthy on your side to tip the scales back into fairness. Saying or doing the wrong thing, even once, can lead you up the creek with your paddle on fire on the shores of a different creek. You deserve a fair trial, but you have to empower yourself to have one by hiring the right DUI defense attorney for the job.

At Drew Cochran, Attorney at Law, our Annapolis DUI defense attorneys have specific experience with repeat offenders’ DUI cases. We know how to make sure you’re treated properly and represented accurately and with the conviction you deserve. Even if you are Charles Smith, contacting an attorney is always the right thing to do, and we are always here to help. Whether you’re in Annapolis or Ellicott City, you can give us a call at 410-271-1892 or use our contact form for a free consultation.