Does a Test for Driving While Stoned Even Exist? 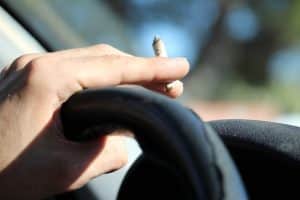 So we all know what the breath test is for drinking and driving, right? There’s the roadside test (or preliminary breath test – PBT) and then there’s the big boy Intoxilyzer (or Intoximeter, depending on how many news toys the local cops have) that you get down at the station to see if you’re actually under the influence of alcohol.

But what about weed? No, it’s still not legal in Maryland yet but you can’t breath-test for weed in a serious, concrete way. So what happens if cops suspect you’re stoned when they pull you over? Like most things, the situation varies – especially if someone gets hurt – but there are legal ways a cop can drug-test you on suspicion of driving stoned. Newer laws have muddled some of the waters but trust me, it is still possible. A failed drug test can very quickly lead to a DUI or DWI conviction no matter the reason why you failed, unless you have the right legal counsel defending you.

Can a breath test show someone is high?

First things first: No. There is no breath test to show someone is high on drugs. But that doesn’t mean you can’t be tested in other ways.

So, the law pretty much everywhere says that if you’re driving on a road, you give consent to be tested for sobriety if you’re suspected of, you know, not sobriety. Whether we’re talking about alcohol, weed, or enough Benadryl to see your demons laughing at you, you have consented to get tested if you’re driving on any Maryland road. This can include not only the PBT, but also field sobriety tests – the Walk and Turn, the Moving the Pen in Front of Your Eyes Thingee (known as the horizontal gaze nystagmus test), and so forth. A roadside breath test isn’t going to turn up squat, but the field sobriety tests may be enough to lead an officer to arrest you. Remember: you don’t actually have to be above the .08 BAC to get arrested for Driving While Impaired (DWI); you just have to be impaired. And if you’re trying to do a walk and turn but you’re too high to realize you haven’t actually moved, that’s gonna be enough to haul you down to the pokey.

That being said, if you haven’t caused an accident of any sort, you’re technically allowed to refuse all these tests — I generally recommend that you do, for what it’s worth – but you’ll get your license suspended and yourself arrested anyway. This is because the implied consent rule applies not only to the law (criminal), but also to the rules of the Motor Vehicle Administration.

Okay, so, back to the tests. Once you’re arrested, your arresting officer may bring you to a Drug Recognition Expert (usually another officer on the force) and ask them to run their tests to see how high you are.

Can police test my blood to look for evidence of marijuana?

It depends. If you are suspected to be under the influence of weed, they need a warrant to test your blood – but there’s one very notable exception. If you’re involved in a motor vehicle accident that results in the death or life-threatening injury of another person, you no longer have the legal right to refuse a test.

What counts as a life-threatening injury?

Why, whatever the cop says, of course! That actual term is not defined under the law, and the arresting officer gets to judge the other person’s medical condition, and it is only RECOMMENDED they actually consult with a doctor or EMT on any of this first — “if available.”

Wait – what? Is it legal for cops to determine someone’s medical condition in Maryland?

And, if you hadn’t noticed, nowhere did I mention that you have to actually be the cause of the collision. They just have to suspect you’re inebriated enough (on whatever substance) to be unsafe to drive, and then they just make a decision about the other person based on NO MEDICAL TRAINING, and then they get a legal OK to take you to a local hospital and “request” a blood draw.

They’re going to move fast, too. The laws may be a little wishy-washy on letting non-medical professionals like cops decide the magnitude of someone’s injuries, but they’re firm and specific on how those very same cops should work to obtain their drug test samples immediately (within four hours of the accident), lest the tests be deemed inconclusive.

Since blood tests only show that the drug exists in your system, you may end up getting charged for a DUI for drugged driving today thanks to a legal joint you had out-of-state a couple days ago.

A new law also throws a wrench into that whole system in a way that hasn’t actually been addressed yet. It’s a farm bill and, specifically, it contains a provision that legalizes hemp, and defined it as having less than .3% of THC. The first issue here is that the drug testing equipment used by Maryland police officers only tests for the existence of THC, and not the quantity. The other issue is, as any cannabis-consumer could tell you, hemp and weed are almost the same thing. Same plant, just a different “breed.” You cannot tell the difference between the two by sight or smell.

Here’s the thing. Even if you’re all down for being drug tested and you gladly present your arm (or cup-o-pee), it’s not like you won’t still get in deep legal trouble if anything is found. They’re not gonna say, “Well gee, you sure were cooperative, so I guess we can let it slide this time.” If you’re found with an illegal amount of an illegal substance in your body while you’re driving, you face charges that can follow you for years and years upon conviction. If you don’t cause an accident, you may not be tested at all — but you sure still can be searched, arrested, and charged if the cops have reasonable suspicion to do so. Cops only have to smell weed when they pull you over to be able to search your vehicle. (They can’t search you on the street if you smell like a head shop, but the odor of marijuana is enough justification to search a vehicle.) BUT they can only do that if they have evidence of a crime. Even if they see a little weed in your car, that’s not enough.

But you know what is enough? Driving 7mph on a highway, or weaving from lane to lane, or breaking any traffic laws.

Whether a cop arrests you because he could smell your hemp-CBD joint or because you genuinely were under the influence behind the wheel, you still deserve a fair trial and a strong defense. There are always options to explore, no matter the circumstances of your case, and you should have an Annapolis drugged driving defense attorney who knows how to think outside the box on your behalf. It could be proving the cop didn’t have reasonable suspicion to arrest you (or even pull you over in the first place). It could be showing that your arresting officer didn’t have the proper authority to blood test you. It could involve suppressing illegally obtained evidence, or proving that the officer who tested you wasn’t legally allowed to do so. Your drugged driving defense will be tailored to what YOU need, and based on the evidence presented in YOUR case.

I’m Drew Cochran. I’m an Annapolis criminal defense attorney who focuses on helping those charged with driving under the influence. I always dedicate myself wholly to my clients and their rights, with no judgement or complacency. If Annapolis isn’t convenient, I also operate out of Ellicott City. If you’re facing DUI charges of any sort, don’t wait before calling me at 410-271-1892  or using my contact form so I can get started on your cases quickly as possible. Getting arrested and charged is scary and, sadly, usually not fair, but you do not have to fight it alone.