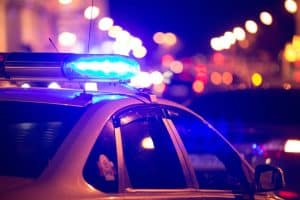 We typically like to think we have some modicum of genuine privacy when it comes to something as intimate as medical records. I know, that’s a terrifying way to start anything. I wish I could reassure you and say none of this is truly scary, but…

Anyways. While doctor/patient confidentiality is indeed a thing, the general public is often led to believe it trumps all other authorities, and nothing is taken more seriously than a patient’s personal information, but the truth is this is a very conditional privacy. Sure, you’re probably safe from your doctor spreading your files around to laugh about that wart on your leg, but that only protects you from civilians.

If you’re suspected of committing a crime, especially a violent crime like domestic violence, you could learn very quickly just how little privacy you truly have. Not only do invasive investigations shamelessly explore every personal writing, private thought, and activity, the prosecution will gladly take anything and everything they think they found to display it in the worst way possible.

Maryland plays fast and loose with people’s personal rights and freedoms any time domestic violence is suspected. The idea is to minimize the possibility of any further harm to victims, but law enforcement tends to stretch that excuse as far as possible to get you behind bars. Since it is actually the state that presses domestic violence charges and not the victims themselves, cops have a worrying amount of power when it comes to choosing who to arrest. They’re told to operate under a “preferred arrest” policy, which essentially means they don’t need much more than a hunch to arrest you.

So, if anything even remotely gives the impression of domestic violence in any of its various forms, a cop can show up at your door and whisk you off to jail just like that. Once you’re in their custody, though, suddenly they’ll be very interested in as much evidence as possible. You’re caught; now they just have to ensure the charges stick. This means going through text messages, social media posts, mail, criminal history — pretty much anything and everything they could want is theirs to peruse.

And yes, this includes your medical records. Whether it’s to check an alibi or fit some other part of the investigation, cops (and the government) have the right to all your medical records as soon as they suspect you of a crime. They don’t even need a warrant. Even the alleged victim is probably not safe from this particular treatment. While collecting every facet of the truth is important, considering how many prosecutors work to prove guilt rather than piece together the real story, it’s definitely a recipe for invasive disaster.

It’s never enjoyable to be arrested and charged with a crime, but given the hectic process of a typical domestic violence arrest, it can be traumatic. You’re ripped away from your home and your family, all the while treated like a monster before you’re even able to understand what’s happening. Those on the other side want that; they want you to admit fault, to look guilty and afraid, to seem like you know what you did. They also want you to slip up in any minuscule way so they can use it against you.

The authorities are not on your side. They want you to feel hopeless, but no case is hopeless. No matter how severe the charges or the truth of the story, there is always something to be done to protect yourself as long as you have the means to do so.

You need an Annapolis attorney if you’re facing domestic violence charges like that, and you want one with experience in that actual field (versus standard criminal defense). Going through the arrest and trial is bad enough; those actually convicted face serious time behind bars and life-long ramifications. Trust me, it’s better avoided altogether.

Take a deep breath. Nothing is guaranteed, but that’s for better or for worse. And when you hire someone experienced and knowledgeable to represent you, you give yourself the best chance possible of securing your freedom. Aside from building your case and defenses, your attorney can also coach you through navigating the case without accidentally incriminating yourself. For example, you’ll be told not to post anything about the case on social media or delete anything suspicious. Don’t try to represent yourself in court. Be honest with your attorney, even if you feel bad and even if it sounds bad. There’s nothing we can do for you if we don’t have the full story, especially because the other side probably does.

If you’re in Annapolis, the team at Drew Cochran, Attorney at Law, is standing by to answer any and all of your questions — even before you sign us on! That’s because we understand your rights matter no matter what you’re accused of, and we’re dedicated to making sure you receive the fair and just treatment you deserve. To get started on your way out of this mess, call today at 410-271-1892 or use our contact form.