From Party Time to Jail Time: You Might Be Charged with Rape, Even If Both People Are Hammered 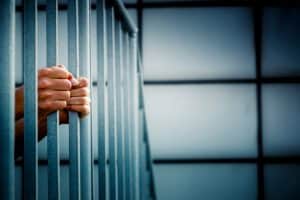 And that’s pretty much the last thing you remember.

So, you wake up the next day, see some empty bottles and shot glasses, and maybe some other, ah, remnants of the night you just had – but no Hottie from Creative. You bum around the house for the weekend, maybe hang out with some friends, and then go back to work on Monday. Within moments, you’re called down to HR. There’s a security guard there. HR tells you that a complaint has been filed against you, accusing you of sexual misconduct, and that you are indefinitely suspended until further notice. Security walks you out of the office, and you’re not even at the front door before the cops are there, hauling your behind off to jail.

Can they do this, you wonder. Can I really be charged with rape, even though I don’t remember anything?

Yup. You can. And this nightmare scenario? It doesn’t get any better from here.

Maryland has a lot of laws about rape and sexual assault on the books – and that’s a good thing. Nobody ever wants to be known as the “soft on rape” state, you know? But there are a few things all of these different laws have in common. The first is the phrase “without consent:” anything you do to another human being must be done with consent, or it’s against the law.

So, let’s dissect those three statements in bold, okay? A “physically helpless individual” is defined, under the law, as:

So, a drunk sexual partner? Definitely fits the bill here. So does “substantially cognitively impaired individual,” because no one’s winning at Jeopardy! when they’re that drunk.

But the other one – the one about knowing, or that you “reasonably should know” – is a bit trickier. On the one hand, you can argue that, if you were black-out drunk, you didn’t know and weren’t “reasonable,” because it’s not reasonable to be black-out drunk. For all you know, your partner initiated sex with you, and perhaps you didn’t give consent.

On the other hand, if you got black-out drunk and got behind the wheel of the car, and then drove into a tree, you’re not getting a free pass because you were too drunk to make good decisions, right? So, a “reasonable” person would know A) don’t get black-out drunk, and B) if you are gonna get smashed, don’t take anyone home.

Is there any defense possible if you’re too drunk to remember having sex?

Usually, yeah; there is. It’ll depend on your exact circumstances, of course, as well as whatever actual evidence there is, but all hope isn’t lost if you’re charged with rape even though you were drunk. But I won’t lie to you: it’s not a cakewalk. He said/she said isn’t good enough in most cases. Governor Hogan has signed some bills into law that help protect victims of rape, and that’s great – but they also make it more difficult for cases that fall in the gray area, like this one would.

(And if you’re a college student, it may even be more challenging, although the potential rollbacks being called for by Betsy DeVos could change that.)

In a nutshell, it comes down to this: if you are too drunk to tell whether or not someone said “yes,” or if you know that you tend to get black-out drunk – go home alone, or ask your friends to help you. Getting that type of hammered isn’t good for you, anyway, but it’s entirely possible that you could be charged with and convicted of rape for a night you don’t even remember.

And if you are charged with a sex crime, get yourself a lawyer – ASAP. I opened Drew Cochran, Attorney at Law because I wanted to uphold laws. That means every person gets his or her day in court; every person is entitled to due process; and every person is innocent until proven guilty. I’ve spend the last two decades protecting the rights of men and women in Annapolis who were accused of sex crimes. I know what I’m doing, and you can trust me to fight for your rights and your future. Please call 410-777-8103 or fill out this contact form to learn more about how I can help.

You don’t have to face this alone. Just remember: Keep Calm – and Call Drew.