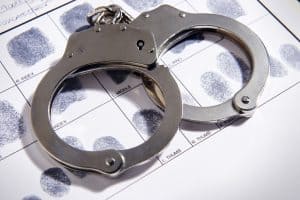 On Monday, May 7th, a man entered a neighbor’s house in Brookeville and killed three people – homeowner Mary Ann Olson, family friend Danny Lee Murphy, and contractor Craig Harold Shotwell –while trying to get to his ex-wife, who was being sheltered there. After police officers forced their way into the home, the man shot himself. His ex-wife managed to escape, along with two other people.

The story gained national coverage: not only was there a murder-suicide, but the location – tony Brookeville – seemed an off place for such violence. After all, domestic violence happens “somewhere else,” and to “other people,” right? It doesn’t happen to well-to-do families in the suburbs of D.C.

At least, that’s how the story goes.

The details that were released are bizarre – and a bit chilling

The man’s ex-wife told Montgomery County police that her ex-husband had held her captive in his home on Brown farm Way the weekend before the shooting. The Washington Post reports that the marriage had been “troubled,” and that the Bureau of Alcohol, Tobacco, Firearms and Explosives (ATF) found that the gunman “had a federal license to be a firearm’s dealer under the name Black Widow,” and that a neighbor, Todd Greenstone, claimed the gunman “arrived once to a target shooting session with two guns holstered at his waist and another around his ankle. He also brought assault-style rifles and wanted to set up multiple targets. He spoke cryptically of working for an agency ‘with three letters,’ which Greenstone said came across to him as nonsense.”

It just kinda gets worse from there. And no, I’m not going to write his name; if you followed the story, you know it – and if you didn’t hear the story, I’d prefer not to let this guy go down in the annuls of history as anything other than a murderer.

So shouldn’t you take the side of the murderer?

That’s not really what criminal defense is about, you know.

If this gunman hadn’t killed himself, and had come to me for legal counsel, I would have counseled him to plead out; there were multiple witnesses, the ATF and police were there, he was literally holding a smoking gun.

But that doesn’t mean it was first-degree murder, the most serous charge. There’s a good argument to be made for second-degree murder or even voluntary manslaughter, based on what the papers said. (I don’t know for sure, because A) I wasn’t there, and B) no one’s asked me to review anything.)

The Constitution guarantees all people the right to a trial with a jury of their peers. When you swear to uphold the Constitution, as all lawyers do, you make a promise that you will do your best on behalf of every client you take, regardless of your personal feelings, you know? Sometimes the best is going to trial and presenting a case, Atticus Finch-style; sometimes it’s talking to a client who has admitted guilt, and recommending a path that ensures justice is served on both sides.

Regardless, you can still feel bad for everyone: for the client, for the victim, for the families. That’s not specific to criminal defense lawyers; it’s just basic human empathy. And today, I have a lot of it to go around, because this whole story was tragic.

Dealing with criminal charges can be tough – but I’m tougher. My name is Drew Cochran, and I’ve been a criminal defense lawyer in Annapolis for 20 years. When you’re in trouble, I can help. To schedule a consultation with me, please call my office – Drew Cochran, Attorney at Law – at 410.777.8103, or fill out my contact form.