Incredible Excuses Drivers Accused of a DUI Told the Court 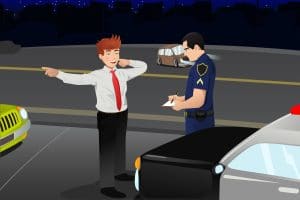 A DUI or DWI charge is frightening. Either charge means you got busted driving while under the influence of alcohol or while impaired. Normally, the police in a DWI case must also present other evidence of impairment such as slurred speech or failing a field sobriety test in order to get those charges to stick.

The consequences for either a DUI or DWI can include prison time, fines, loss of driving privileges, and other consequences. So we understand that a lot of people will say or do anything to get themselves out of trouble. So when our friends across the pond created this list of the most hilarious excuses for avoiding a drunk or drugged driving charge, well – we just had to share it with you. We’ve picked a few of our favorites.

Someone actually said that to get out of a DUI?

Here are a few gems.

Someone actually DID that to get out of a DUI?

Yes. Yes, someone actually did:

Some of these excuses are “better” than others – that octopus one made all of us laugh – but the truth is that there is virtually no excuse that will work to get you out of a DUI. So if you’re facing charges for driving drunk or high, you’re gonna need a lawyer on your side to help you.

At Drew Cochran, Attorney at Law, our experienced DUI and DWI defense lawyer is a skilled criminal defense lawyer. He fights to show the police didn’t have grounds to stop you. He fights to show your Constitutional rights were violated. He often argues that the breath test machines weren’t reliable. He argues the police can’t prove its case. To discuss how a respected drunk driving lawyer fights for his clients, call us as soon as you’ve been arrested. You can make an appointment in Annapolis or Ellicott City by phoning 410-271-1892 or filling out our contact form.