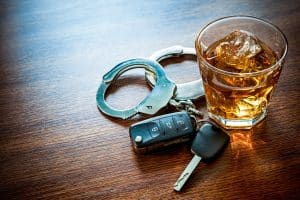 Everybody makes mistakes. Everybody has those days. Hannah Montana really knew what she was talking about. Messing up, making inadvisable decisions, failing — it’s all part of life. This may be a tough lesson to internalize, but most of us do, at some point. And, while every action has its consequences, for the most part making just one mistake isn’t given enough weight to harm you forever.

Even if you got caught cheating in high school, or snuck out of your home, or just chose to eat a heroic amount of mac’n’cheese despite being lactose intolerant, your life is probably not seriously, permanently impacted at all, and this is as it should be. Everyone deserves the chance to, frankly, do something dumb every once in a while without ruining their futures.

The law doesn’t agree. Certain crimes, especially those that suggest endangering innocent people, come with legal consequences so severe those convicted can never truly move on, long after their sentences are served. Maryland considers driving under the influence (DUI) to be one such offense, subjecting even first offenders to an obscene amount of penalties, and in several different forms.

I may just be an awesome, fantastic, super-talented criminal defense attorney, but I know that’s messed up. Until I’m given the ability to snap my fingers and change the law, though, I’m just going to help people like you understand just how unfair the penalties can be, and how you can avoid them (spoiler: it’s by hiring me).

No state is thrilled with drunk driving (and it’s illegal everywhere), but Maryland is especially harsh when dealing with those suspected of DUI. For the purpose of this argument, we’re going to look at the penalties for specifically DUIs and not DWIs (which carry lesser sentences but are still no fun).

First, getting arrested in the first place is almost criminally easy — pun always intended. If you’re in the state, visiting or otherwise, an officer only needs to suspect you may have operated (or even just tried to operate) a motor vehicle under the influence of alcohol (or drugs, stoners) to arrest and charge you for it. This means even those in parked cars can be arrested. And, you technically have the right to refuse a field or chemical test if a cop asks you for one, but guess what! Exercising that right gets you arrested and your license suspended “just in case.” If you’re involved in any sort of accident, even one you did not cause, and someone is seriously injured or killed, you no longer have that “right” to refuse testing and can be physically forced to submit.

For those confused, when this is done by cops, this is called “justice.” Otherwise, it is known as “assault.”

All that fun stuff is before you’re actually found guilty of anything, remember. If you are found guilty, even if it’s your first offense, you face a year in jail and a maximum fine of $1,000. None of this is a vacation, sure, but on its own it’s not overly egregious. However, your license will also be suspended for at least six months. If the only thing you’re guilty of is refusing a test, you still lose that license for 270 days, and in either circumstance you’ll still probably need to install an ignition interlock device. These are the minimum legal penalties. No mitigating factors, no accidents, no ridiculous BAC level.

I almost forgot to mention how expensive and damaging just that one conviction can be. You’re responsible for all legal fees, towing and storage of your car, the actual installation and monthly payments associated with ignition interlock devices (yep, you gotta pay for it even if it’s mandatory!), and, y’know…bail. Depending on the situation, everything I listed could amount to about $100,000. After all that, your car insurance premiums will probably go up alongside points on your license. You’re also likelier to be rejected for jobs, apartments, new cars, loans, and even social relationships because your DUI is public record (and also never goes away).

If it seems like all this keeps piling up, then you’re starting to see just how serious even the most “minor” of DUI convictions can be, and how seriously unfair. If it seems like I’m rambling about how bad it all is, well — that’s the whole point of this blog. Did you not read the title? Read the title, and come back after you’ve calmed down.

Maryland has one important bone they throw potential DUI defendants if it’s their first offense and the situation is deemed “mild” enough. A judge can decide to let those accused take a PBJ — and no, I don’t mean a lunch break. Probation before judgement can be your best friend if you know what to look for. Instead of having to plead guilty to anything or face a real conviction, you’d just enter a probationary period where you’d have to meet certain requirements, like attending an alcohol or drug treatment program and/or completing community service. Meet those requirements, and the judge essentially erases the whole situation from your public record before it can do any harm.

You should absolutely, 100%, definitely NOT rely on the judge offering this to you. Yes, it happens. However, if you hire an actual legal professional (see: criminal defense attorney, ideally with a DUI specialty) to fight on your behalf, that professional can work to convince your judge that a PBJ is the fairest, best course of action. In fact, your criminal defense attorney can work to argue a long list of possible defenses, tailored to your specific situation and with your best interests in mind. That’s the whole gig, really.

While your attorney can’t do much about what you go through before they get there, hiring one is the best way to ensure you have a chance of lessening — or even dropping — the charges against you. There are always options and paths forward, but only if you have someone on your side who knows how to navigate them on your behalf. If you’ve already been convicted, we can also help explore options for getting your record expunged, which is the only way to get a DUI conviction removed from the public eye for good. They don’t make it easy to do, but a good attorney thrives on that.

If you’re in Annapolis and facing DUI charges of any level, the DUI criminal defense attorneys here at Drew Cochran, Attorney at Law, know how to help. No matter how complicated, one-sided, or “obvious” your case may seem in either extreme, our team is dedicated to ensuring you are treated fairly and justly for it all. We’re around to answer all your questions at 410-271-1892, and we also have a handy-dandy contact form for the phone-shy. DUI convictions suck a lot in our beautiful state. Let’s make sure you never experience one.

About the Author: missy