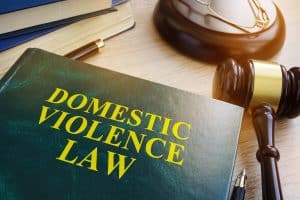 The point of criminal justice, at its center, is fairness. That’s basically what the word justice means if you break it down far enough and tilt your head to the side. Ideally, though, every potential criminal is truly treated innocent until proven guilty, and even those guilty are still considered human beings. Even prison was originally designed to rehabilitate and reintegrate criminal offenders, meant to set people up with a solid foundation for their future after serving time.

Alas, the options actually available to those convicted of certain crimes are much narrower and less forgiving. Violent or suspected-dangerous offenders frequently get the worst cells, the least amount of protection, and as few paths to rehabilitation as possible. Where one non-violent offender may be able to get their records wiped after serving time, those involved in more serious allegations — especially assault-based ones like domestic violence — are often expected to accept a permanent stain on their name.

Those convicted of certain crimes who felt they were misrepresented in court may apply for specific post-conviction relief, which can get a conviction overturned, but even then there is no guarantee and the law has plenty of hoops for you to jump through with your attorney.

Basically, it’s all complicated and it’s all against you. Of course, the best way to avoid this issue is to avoid getting convicted in the first place, but those already behind bars (or past them) should still know all their potential options — if any.

Alongside prison, legal fees, fines, and court-ordered activities, most convictions also carry some form of social and collateral consequences. While the specifics may vary, it’s all because criminal records are public. So, any potential date, employer, landlord, etc., can simply google your name and find out exactly what you were convicted of. When it comes to crimes like drunk driving, robbery, or domestic violence, this rarely ends well. Life can get very difficult, very quickly.

To even the playing field and make rehabilitation a bit easier, there are a few avenues you can explore to either hide, secure, or wipe their records clean, or otherwise regain rights they lost — but not everyone is eligible, and not every path is open. It’s worth noting here that none of these options should be explored without hiring a criminal defense attorney and getting their advice first. The language is confusing on purpose, and you don’t exactly have unlimited chances. So, what avenues should you look into to reduce collateral damage and gain back a little bit of privacy? First, let’s look shielding versus sealing your records. Confusing language, remember? They’re two separate things despite the similar sounding/seeming names, and they operate almost entirely differently.

Expungement is the jackpot prize. It’s the thing everyone wants the most, because it’s what would help them the most. While shielding blocks your conviction from public view, expungement actually removes information about your case from police and court records. Think Crime-Be-Gone, but with more paperwork and briefcases. The particulars surrounding expungement eligibility are incredibly intricate, though it’s safe to say the majority of domestic violence convictions would not count. This route is typically reserved for people still facing active charges, or for minor-league offenders who were behind bars like 10 years ago and probably got the point by now.

In a different-but-somewhat-similar vein, a pardon is meant to restore specific rights you lost after becoming a felon. It could be to allow you to obtain a certain license for work, or returning your right to bear arms and your right to vote, and it can just remove miles of red tape your conviction put up. The good news? You are still eligible for a pardon if you’re convicted of domestic violence. The not-so-good news? Well, you have to be crime-free for at least 20 years from the end of your legal sentence first (unless the POTUS wants to pardon you personally). This is not a fast or short-term solution, but your attorney can still talk you through how it can help you in the future.

Knowing which options are actually available

Yeah, I said it was complicated. This piece is incredibly abridged because there is just so much that factors into each and every possible facet of your case’s future. But if you’re facing charges (or if you’ve been convicted) of domestic violence here in Annapolis, you run the risk of being haunted by those demons for the rest of your life — no matter how much you pay for your alleged crimes. They’re serious, frightening, damaging charges, especially since a cop only needs to suspect you of committing this particular crime to arrest and charge you for it. Evidence is, unfortunately, barely needed while it may be in your defense, because an innocent person is potentially in danger.

Get an attorney as quickly as possible. If you haven’t actually been convicted of anything yet, pretend I just screamed that sentence in your ear. Avoiding it entirely is the best way to move on from it, but you only have a chance of that happening if you hire a professional like me to help. Adapting common defenses to your specific situation and case is a skill you cannot google, and you should not trust to a public defender with 56 other clients that day. Even if you have been convicted, we can talk you through your options and help you pursue them by any means necessary.

The only way you can guarantee nothing ends well, is if you do nothing about it. Don’t do nothing. Do something. Here at Drew Cochran, Attorney at Law, our Annapolis criminal defense attorneys have years of experience navigating complicated and touchy cases, and I heartily assure you there is almost always something to be done. To learn more, call today at 410-271-1892 or use our contact form.