Street Racing and Other Things That Aren’t Worth It 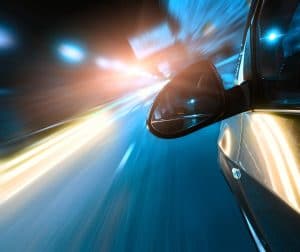 The need for speed can be swell indeed. Wind blowing through your hair, the adrenaline, the feeling of both power and danger in equal measure — going fast is fun! When we were kids, this high came in the form of races and go-carts, but we’ve got something a bit better now. Most of us use them every day, no matter how risky it may be. It just makes things so much easier, so much faster!

That’s right — I’m talking about cars. Driving cars. Think about it: as tedious as traffic may be, and as stressful as a commute can turn into, there’s usually some part of us that enjoys going a bit past the speed limit. At least, some part of us that enjoys entertaining the thought. Since so many of us drive a vehicle of some sort every day, there’s also a certain confidence in our driving skills. This mix, that little voice in the back of your head, may lead to some decisions that won’t end quite the way you’re hoping.

Racing cars has been a spectator sport for as long as cars have been around, really. Those who don’t want to risk their own lives just pay to watch others do it instead. No judgement, but let’s be honest with ourselves here: those who participate in things like street racing, excessive speeding, or any other form of reckless driving probably know how dangerous it is. And those who like to watch others do it certainly know as well. So this isn’t about the safety hazards of reckless driving, because this isn’t even about whether or not you’re doing it. This is about whether or not you’re going to get accused of it.

Cops are really, really itching to crack down on reckless drivers, especially in our humble state. Why? Well, because there’s a lot of them, and they’ve been causing a lot of accidents that hurt and kill a lot of people. There’s also complaints of property damage and excessive noise from the rowdier crowds, since these illicit races usually happen in the late hours of the night. Fewer people on the roads the better, except racers and spectators are still people, and can still be hit and killed by cars.

Since the start of the pandemic, more and more street racing (and reckless driving in general) has popped up around the country. Again, fewer people on the roads the better. There were fewer drivers on the roads in 2020 than there’d been in years, and 2021 saw everyone who hadn’t been driving come back with a thirsty vengeance. They missed the speed, indeed (okay, I’ll stop).

So there have been a lot of organized crackdowns on this stuff, more than ever. This means more cops who want to nail you with something and more penalties to stick you with. Regardless of whether or not you were actually racing or actually participating in reckless driving, if a cop suspects you are and charges you, you could be facing a world of trouble.

There are a lot of traffic violations one could be charged with, and they range in severity like most things do. It’s one of those broad crimes that could include dozens of activities and possible punishments, especially if it involves other crimes (such as possessing drugs or a deadly weapon). For the sake of this discussion, we’re going to focus on the penalties for reckless driving in and of itself — no manslaughter, no one injured, no guns.

One may make the mistake of assuming these crimes have weak penalties that are easy to laugh off and forget about, maybe even worth the risk of getting caught to have a little fun. I am here to tell you personally: NO.

Here’s the thing about traffic violations: the penalties aren’t just legal, at least not in the way one usually assumes. The Motor Vehicle Association (MVA) of Maryland can and will also punish you by adding points onto your license, limiting it, suspending it, or even revoking it altogether. This all depends on the crimes committed and what your defense attorney fails to protect you against.

This isn’t something anyone wants to go through, especially not because of a crime as subjective as reckless driving. What one cop itching to make an arrest may see, a jury of your peers may not — if your case is presented properly. That’s why the best thing you can do to protect yourself is hire experienced representation to do just that. If you’re in Ellicott City or Annapolis, then Drew Cochran, Attorney at Law is the law firm for you. With decades of experience advocating for the rights and freedoms of people like you, you’ll be able to actually exhale. For a free consultation, call me today at 410-271-1892 or use my contact form.