Can You Get a DUI After the Fact in Maryland? 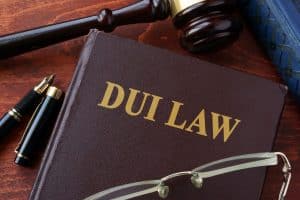 True immunity in the eyes of the law is not really a thing that exists, despite popular belief. While you can’t be convicted of a crime willy-nilly, law enforcement has a way of finding something, some reason to make charges stick or new ones emerge. That’s why you should always make sure you have a criminal defense attorney if you’re charged with a crime, even if you’re certain of your own innocence.

To get charged with a crime like a DUI, you first have to be arrested. To be arrested, you have to get caught. Here’s the secret, though — you don’t have to get caught immediately to still get in trouble. Usually you do. Usually, DUI arrests happen after an officer pulls someone over on the side of the road. When you assume this is the only way, though, you could be putting yourself at risk for a nasty surprise.

Fun ways to get charged with a DUI in Annapolis

So, let’s clear something up right away. While I am talking about different “ways” to catch a DUI charge, they all branch out from the same central reason: a cop had reasonable suspicion you operated a motor vehicle under the influence, or tried to. That is how you get a DUI. Those branches come into play in the various situations a cop can come to that reasonable suspicion. For example, being pulled over for swerving or driving erratically versus being arrested at home because you proudly tweeted about chugging tequila on the freeway. Two branches, one tree.

The whole “reasonable suspicion” thing is why you can, technically, get charged with a DUI even if you’re not caught in the act. As long as the arresting officer claims they are “able to articulate something more than an inchoate and unparticularized suspicion or hunch,” as to why they believe you were driving under the influence, they pretty much have the power to arrest you whenever they catch you. They also have the right to force you to submit to testing, thanks to implied consent laws.

Technically, you can still refuse those tests (though you’ll be arrested) — but only if you weren’t involved in an accident that caused death or life-threatening injury to someone else. If you were — and the arresting officer gets to decide what “life-threatening injury” means, by the way — you have to submit, and they can use physical force to make you. Even if you didn’t actually cause the accident. All because they suspect it really, really hard.

Just because it is after the fact, does not mean you are safe from being caught. A 27-year-old discovered this the hard way after fleeing the scene of a serious accident he caused. Sure, the officers didn’t actually witness him chugging beer behind the wheel or watch him hit the other car, but they still used victim and other witness testimony to find and arrest him — and yes, he was charged with a DUI.

You do have to get caught in order to get charged, but you will probably get caught. Even if you arrive at your location safely, even if you don’t cause an accident. Getting caught can mean getting pulled over for speeding and the officer sees empty bottles. It can mean the wrong people seeing your social media posts. It can mean witnesses remembering your erratic behavior and testifying against you. You might not even realize the evidence you’re leaving around; you might not even realize you’re being legally pursued. But if an officer even suspects, you will find yourself under arrest.

Fun ways to AVOID getting charged with a DUI in Annapolis

It’s pretty much understood that being charged (and especially convicted) of a crime like a DUI is a bad thing. It is not fun. It does not always end well. Even before you’re found guilty, you lose driving privileges and rights, and the people around you are likely to treat you like the trial’s already over. Prosecutors and other legal officials will try as hard as possible to convince you that conviction is inevitable and you may as well plead guilty now.

Do not do that. Do not listen. There are always options, no matter the case. Even if you actually did drink and drive, even if you know you caused the accident. You still have rights as a citizen and you get to exercise them whether they like it or not — but don’t expect them to remind you of that. And yeah, it would be nice if I could say, if you are innocent, there’s no way you could still get convicted. However, I would then be an Attorney at Lies.

Know your rights if you’re arrested. Know how to advocate for yourself in the best way possible. It’s usually less immediately satisfying than it is on TV, but it’s the best way to keep yourself safe. In other words, the best thing you can do for yourself is say as little as possible and hire an attorney as quickly as possible. No snark, no fighting, no pleading, no attempting to debate the officer. Refuse testing if you’re able, since you’ll be arrested regardless. Once you’re processed and put in detention (until you can get bailed out), you’ll be given some super fun paperwork that explains your charges and your right to an attorney, but you don’t need to wait for that paperwork to get one. Exercise that right.

If you’re reading this and thinking I surely can’t mean you need to keep completely silent unless you’re asking for an attorney, let me reassure you: I 100% mean that exact thing. Trust no one except the person you hire to fight on your behalf, because they are the only one who will.

Once you have a skilled Annapolis criminal defense attorney working on your case, they can comb through all the details and figure out the best strategy for court. Your defense should be tailored to your specific situation, and your attorney may employ multiple defenses at once (if they are awesome enough — ahem). Whether it’s casting doubt on the officer’s reasonable suspicion or their authority to test you, or even questioning the validity of witness testimony and other evidence, the right defense can make the difference between no jail time, financial and social hardship, and loss of driving privileges — and years of it.

Don’t wait. If you’re in Annapolis and you’re facing DUI charges, now is the time to get started. At Drew Cochran, Attorney at Law, I have years of experience defending people just like you against charges just like yours. I’m not here to judge you or throw any blame; I’m here to help ensure your rights and freedoms are taken as seriously as they should be. But I can’t help unless you hire me. So if you want to learn what I can do for you, call today at 410-271-1892 or use our contact form.